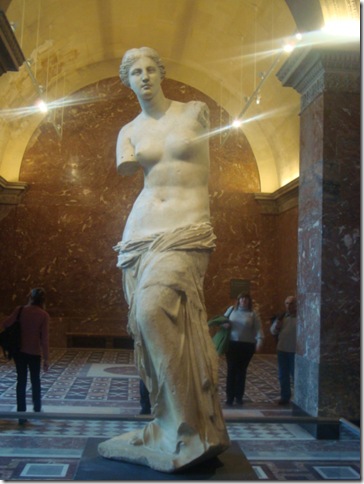 Ivan, Jennifer and I checked out of Park Plaza Vondelpark on October 24, 2009.  We took a tram to the train station.

We got a train into Paris.  It was evening when we arrived in Paris.  We hopped on the metro to the hotel.  It’s nice that the Metro is across the street from our hotel.

We checked in to Citadines Place D’Italie.  The room was average, but it was handy having a kitchen.  We were all tired.  Ivan bought food at the local Carrefour.  He got Cambert cheese but it was smelly and tasted bad – so he threw it away.

Ivan cooked some ravioli.  The ravioli wasn’t very good though.  We watched tv on the laptop and then went to sleep.

Ivan, Jennifer and I had breakfast in the room on October 25, 2009.  We got the metro to the meeting place for the bike tour.  We were going on a tour with Bike About Tours.

We took off on our bikes. 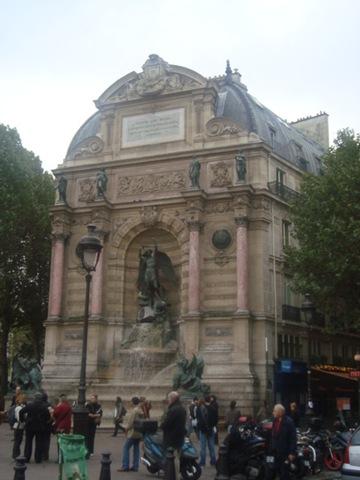 We stopped at many places like Jim Morrisson’s house, The Bastille, The Louvre and Notre Dame.  The tour took us to the backstreets of Paris and not all the main sites. 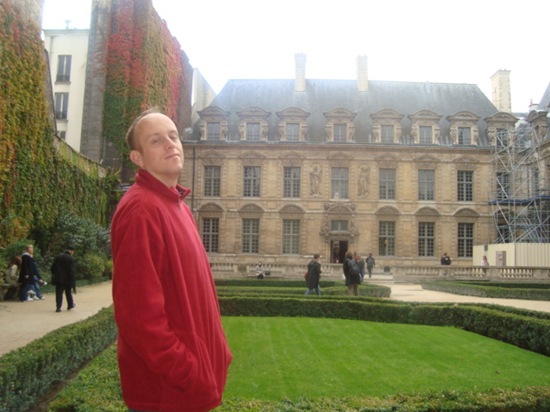 Since it was Sunday, it was really quiet on the streets.  We stopped in the Latin Quarter for a break.  There’s a street that has lots of cafes and shops.  We stopped by a bakery.  Ivan and Jennifer shared a chocolate croissant and a delicious creme brulee.

I had a croissant and put bananas inside it.

It was time to move on.  We stopped at other sites like Museé D’orsay, The Pompideau Centre and Tuileries Gardens. 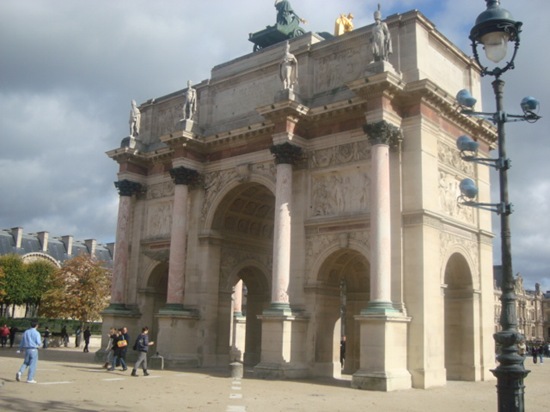 We did see the Eiffel Tower in the distance as well.  The tour was good.  It’s always great to see the city when you’re on a bike or a vehicle.

Our guide gave us a sheet with tons of recommendations of places to go.  He also recommended a restaurant for us.  We walked to the restaurant.  The waitress pretended she didn’t speak any English.  I think she was just being snobby.

We ended up grabbing some crepes to eat.  Ivan and I shared a nice banana and nutella crepe.  Jennifer had a great cheese crepe.

Next, we walked to the Pompadeau Centre.  We saw street entertainment.  Ivan and Jen really wanted to see a mime – but there weren’t any in the area.

Our next stop was The Louvre.  There’s lots of artwork but also relics and sculptures. 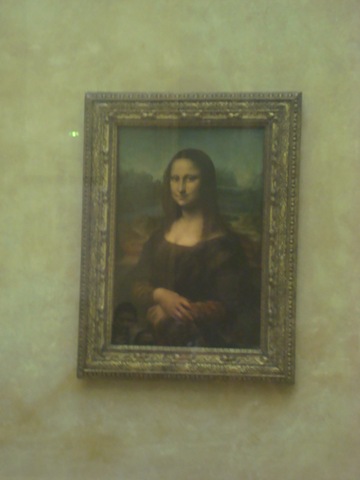 We saw the Mona Lisa.  It’s behind glass.

We walked around to check out the art.  We had to leave since it was closing time.

We took a nice walk along the Seine River.  It was time for dinner.  We walked to a restaurant Ivan wanted to visit.  It was closed though.  We were really starving at this point.  So, we chose a nearby cafe.  I don’t recall the name.  Sorry about not putting the names of places.  Jennifer writes it down in a little notebook.  Unfortunately, she lost her notebook in Amsterdam.  The meal turned out horrible.  Ivan had an onion soup which tasted like a store bought packet.  I had a banana pasta which had no flavor.  Ivan and Jen had a salad which was alright. 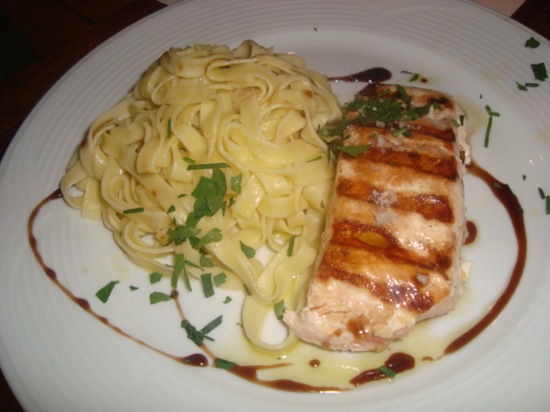 The main dish was a boring salmon with pasta.

After dinner, we walked around and checked out the souvenirs.