Ivan, Jennifer and I went to The Amstelkring Museum on October 22, 2009.  In 1663, this place was a secret church.  At that time, Catholics weren’t allowed to practice their religion in public.  A lady from the tour last night told us about this church.

The church is located in the attic. 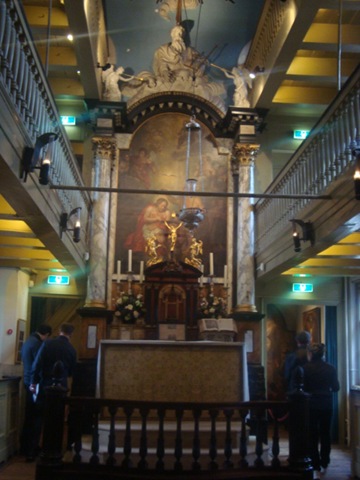 We didn’t think it would be so big. 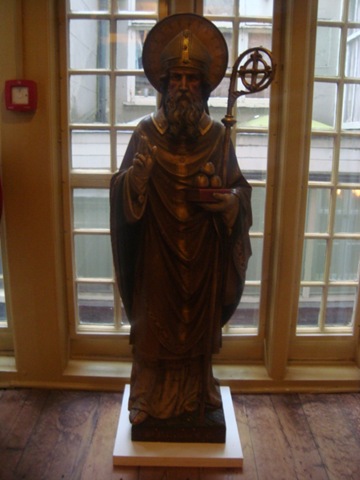 It has an organ, lots of artwork and religious things inside.

Next, we went to the Anne Frank House.  Luckily, there was only a short line – so we didn’t have to wait very long to get in.  Ivan and Jennifer read the book a long time ago.  I’ve never read it, so I didn’t really understand what the house represented.  The house was set up like the place they lived in.  There were also interviews playing with friends and Anne’s father Otto.  It’s really sad to imagine what they had to live through.

We walked around the city some more. 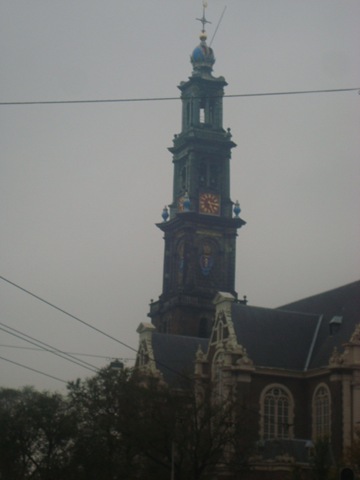 For dinner, we went to Semhar Ethiopian Restaurant.  Ivan had an Ethiopian banana beer that was served in a coconut shell. 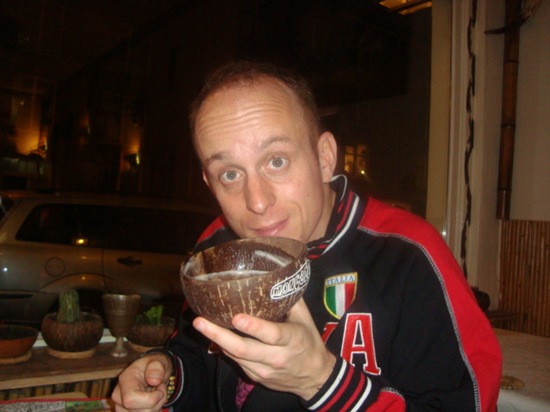 Ivan let me smell it, but not taste it.  It smelled really good!  Jennifer had a tea.  I had a banana juice.  Ivan and Jennifer shared a traditional dish which was served on a huge plate that was covered by a sombrero. 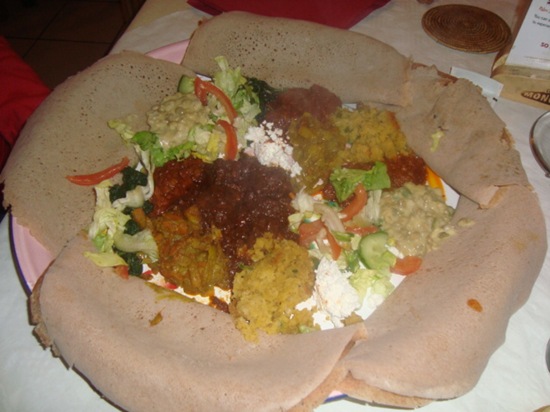 We headed back to the hotel to get rest.

We went to find a tandem bike to rent.  We went to a few different places and either they didn’t have one or their tandem bike was broken.  We were about to give up.  But, then we went to another bike shop and got one.

Ivan and Jen drove the tandem bike around the city.  It was quite fun. 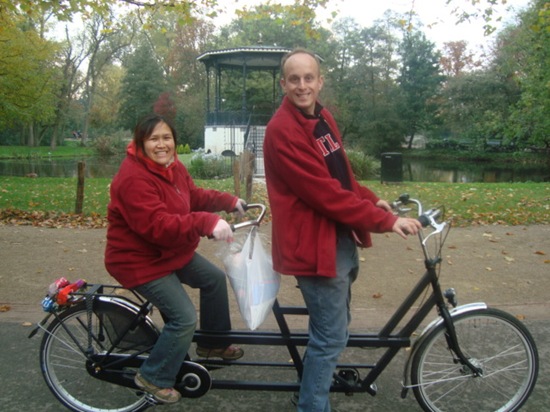 We rode around the park.

We stopped to a see a breakdancing show. 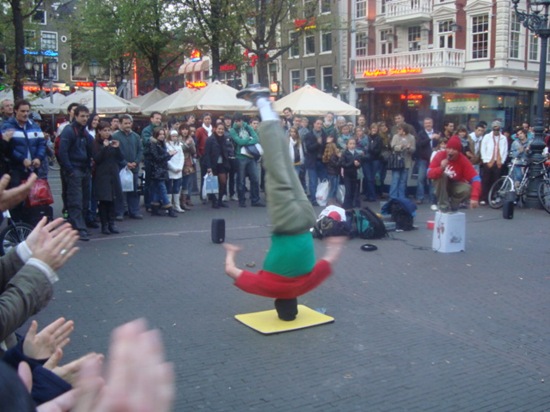 The guys were entertaining.

We returned the bike at the shop.  We got a tram back to the hotel.  It was time to chill out for awhile.

We went out to eat at Le Garden Restaurant.  We all had a salad from the buffet.  Ivan had a terrible sweet potato curry.  I had a banana rice dish. 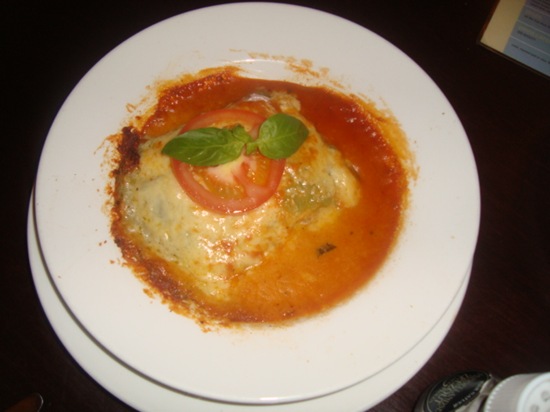 We went to Escape Nightclub.  It was great dancing to Paul Van Dyk.  He’s great at mixing awesome beats. 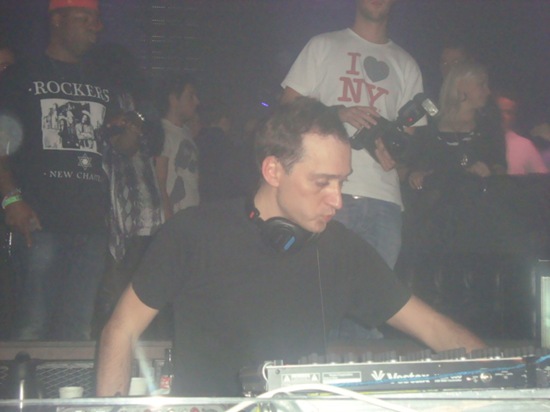