Ivan, Jennifer and I  arrived in Amsterdam on October 20, 2009.  We got a tram to our hotel.  We checked in to Park Plaza Vondelpark.

We had lunch at Mech.  Ivan and Jennifer each had a chicken and avocado baguette.  I had a banana and chicken one.  It was very tasty! 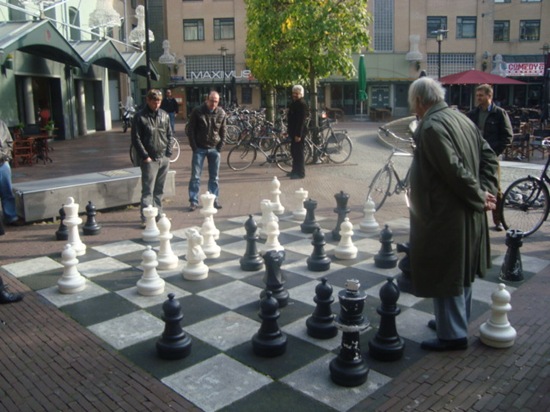 We walked around Amsterdam.  Ivan and Jennifer had some yummy fries.

We stopped by the Old Sailor bar.  Ivan and Jen had raspberry beer while I had a banana juice.

We watched Robbie Williams Live from Camden at the movie theatre.  It was good.  Some of the new songs aren’t the best.  Robbie says the songs on the albums are growers.  No the songs don’t grow bananas, but they do grow on you the more you play them.

Ivan, Jenifer and I slept in late on October 21, 2009.   Jennifer used the internet and relaxed.  Ivan and I went out to buy tickets for the show tonight featuring BT and Ferry Corsten.  Ivan grabbed some baguettes from Mech on the way back to the hotel.

We went into town by tram.  We stopped at a sex museum. 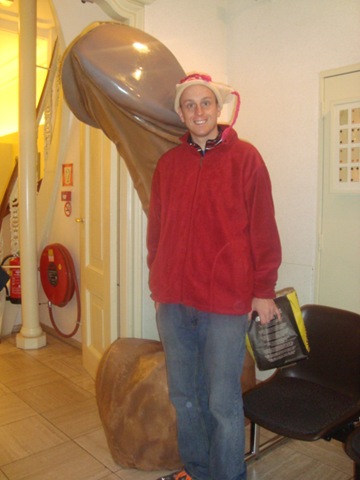 There was art and statues that related to sex.

We went into town and went to the Victoria Hotel.  Here we met up a group of people.  We were heading on Randy Roy’s Redlight Tour.  Randy Roy turned out to be an American woman named Kimberly.  She took us around the Red Light District.  She showed us where Eminem supposedly hangs out.  It was very interesting to learn the history of the area.  We saw the famous windows with the ladies in them.  There’s an area with women  in their 60’s, 70’s and 80’s.  The city shut down about 50 of the Red Light windows to put art displays.  You can’t buy the art, but it usually just shows a product and then a website.  I guess they’re trying to clean up the place but the art displays aren’t really working. It’s impossible for anybody to open a new coffee shop.  We saw the place where Quentin Tarantino wrote Pulp Fiction.  We finished the tour in a gay pub that overlooked a canal.  The tour was very informative.  We talked to the other people in the tour for awhile.

Everybody was hungry.  Ivan, Jennifer and I walked to Bird, a Thai restaurant nearby.  Ivan and Jen started off with fish cakes, but they didn’t taste very good.  I had a great banana noodle dish.  Ivan and Jen shared the tasty chicken.  Although it had too much peanut sauce.

They also shared a great tom yum soup and a green chicken curry.

Our next stop was the Paradiso nightclub.  We headed inside.  We came to see BT and Ferry Corsten.    There were two guys dressed like the Mario Brothers with their red suspenders.  The people who were with them had a cut out face of one of the guys.  Jennifer decided to take a picture with them. 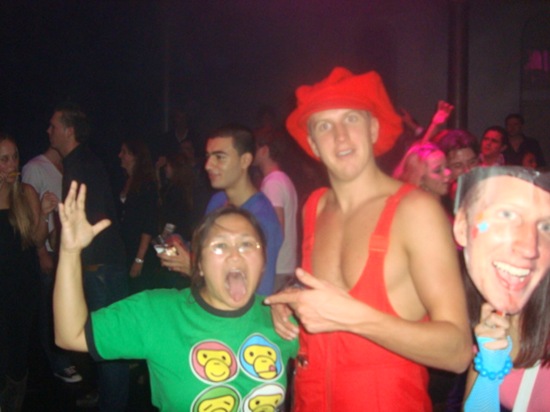 We all had a good time dancing the night away.