Ivan, Jennifer and I checked out of the Best Western Arosa on October 8, 2009.  We went to Metro station.  We took a train to the train station.  Then, we got a bus to the airport.

We boarded a plane headed towards Rome, Italy.  It was a two hour flight.

Ivan was trying to find a taxi to the apartments we were staying at.  One guy said 50 Euros.  He said no to him.  Then, another guy said it would probably be 35-40 Euros.  We hopped inside his taxi.

The guy drove really fast.  He wasn’t sure where it was located.  He kept asking people.  He would talk to them forever.  Ivan told him to stop the meter since he kept wasting time.

We drove around for awhile.  The taxi driver kept asking directions, but he still couldn’t find the place.

Finally, we arrived at the apartment.  The meter was 50 Euros.  The taxi driver said we could pay 40 Euros.  It’s nice to see an honest cab driver.

We checked in to Aurelia Vatican apartments.  It’s really nice inside with a bedroom, kitchen, living room and a flat screen tv.

Sam, the guy who runs the hotel, told us about different places we should visit while in Rome.  He’s very informative and nice.

We got a train into Rome.  Sam recommended a restaurant to us.  We went to El Brillo Palante for dinner.  Ivan and Jen shared a boring salad with cheese, pear and pine nuts.  It had too much rocket and not enough pear.  I had a banana pizza – it needed more bananas. 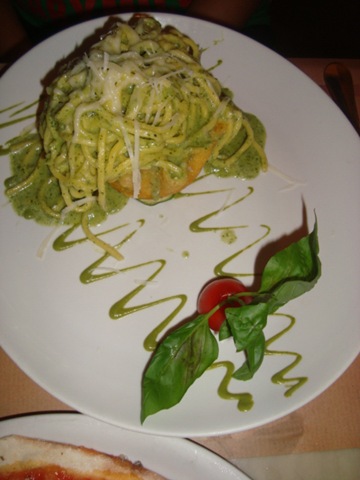 Ivan and Jen shared a pesto pasta dish and a mushroom pizza.  It wasn’t really a good meal at all.

We walked to the Spanish steps.  It was a long way to walk up.  We chilled at the bottom of the steps for a few minutes. 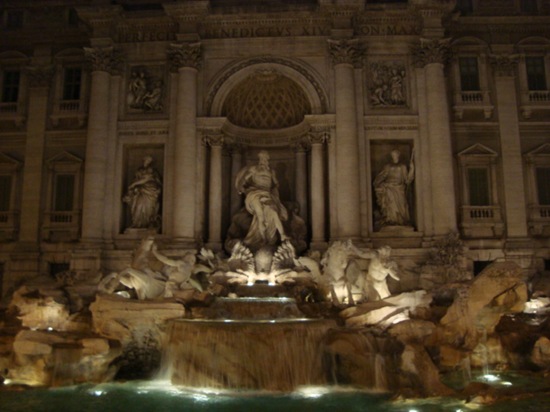 Next, we walked to the Trevi Fountain.  It’s really big and pretty.

We walked to a posh ice cream place.  We all had a few scoops of ice cream.  It wasn’t anything special though.

Ivan, Jennifer and I got a taxi into the city on October 9, 2009.  We went to a cafe.  We were taking a tour through the Vatican today.  We met up with the group in the cafe.  We were given headphones and a receiver so we could hear our guide talk.

We walked to the Vatican.  The tour guide was very informative.  We walked so much.

It was really beautiful inside. 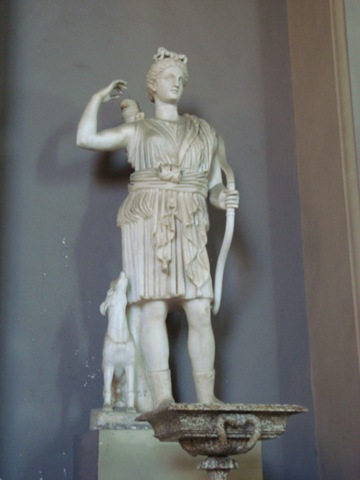 The artwork is just amazing. 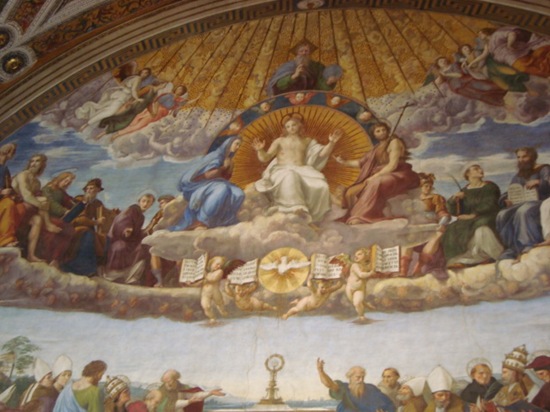 It’s definitely something you have to see in person to really appreciate it’s beauty.

We stopped in The Sistine Chapel.  It’s really dark inside.  There were tons of people inside.  It’s hard to see in there.  We thought it was really gorgeous.  You have to keep looking at the ceiling though –  so it hurts your neck a bit.  You’re not allowed to pictures, but people still do.  Unfortunately, Jennifer’s camera doesn’t take good low light pictures.

Ivan and Jennifer went to check out St. Peter’s Basilica. 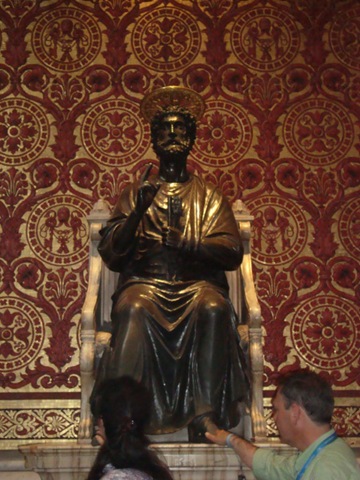 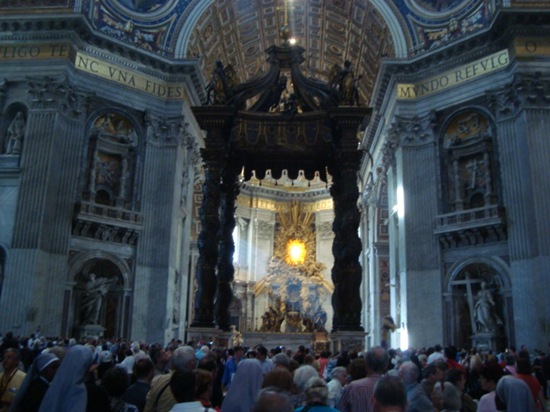 The Pieta is really lovely.

It’s behind glass so it doesn’t get damaged.

Ivan and Jennifer bought some souvenirs.  Jennifer sent a postcard from the Vatican. 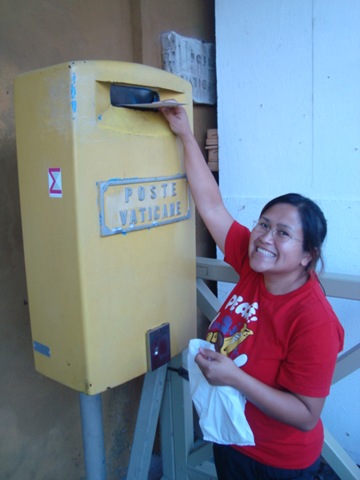 She wanted to send one since the Vatican is it’s own country.

I had pasta with chicken and bananas.

The last dish was fried fish.  I had fried bananas.  The meal was delicious.  One of the owners gave Jennifer a present.  It’s a wood carved man with the name of the restaurant on it.

We got the train back to the apartments.  We were tired from all the walking we did.