Ivan, Jennifer and I checked out of the Funk House on August 18, 2009.  The hostel was nice and the staff was friendly.

We got a bus to Central.  We checked in to the Mount Batten Hotel.  We wanted to be near the Oz Experience office since we were doing the wine tour with them on Wednesday and leaving for the Surf Camp on the bus on Thursday.  So, it was better being close since we had  two early mornings.

We bought cereal for breakfast and ate it at the hostel.

We got a bus to Circular Quay.  We had lunch at Starbucks.  Ivan and Jennifer each had a roasted vegetable wrap.  I had a nice banana and chicken wrap.

Ivan picked up tickets for the Umbilical Brothers from the Sydney Opera House. It was a show we were going to see that evening. We walked around The Rocks area for the day.  It’s such a great place, with lots of old buildings

At 5 pm, we made our way to meetup point for The Rocks Pub Tour.  We met the group and the guide.  The guide was an Australian guy.  He told us all about the history of Sydney.  I cant remember too much of what he said – but it was something about a guy named Captain Cook (wasn’t he in Peter Pan), some convicts, and a big muddy party in the harbor.

The guide led us around the Rocks. As were we walking he spoke to us about the things we were passing – he was actually really interesting and was fun to listen to.

The first pub we stopped at was the Harbor view hotel. Everyone else on the tour got beers in, but Ivan and Jennifer got some Red wine, (they are on a diet) and I got some diet banana juice (I’m on a diet too!). 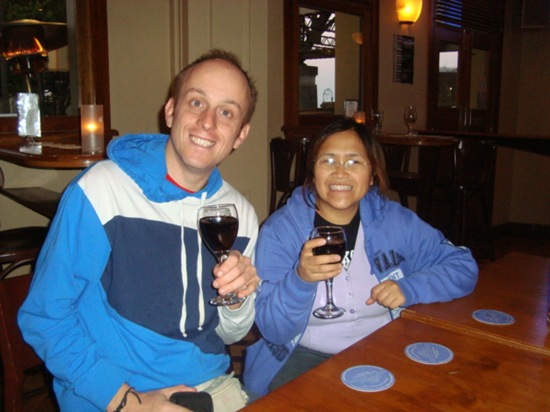 We then continued walking around the Rocks, learning lots about its history. The second pub was called the Lord Nelson, where some more wine was given to Ivan and Jennifer. 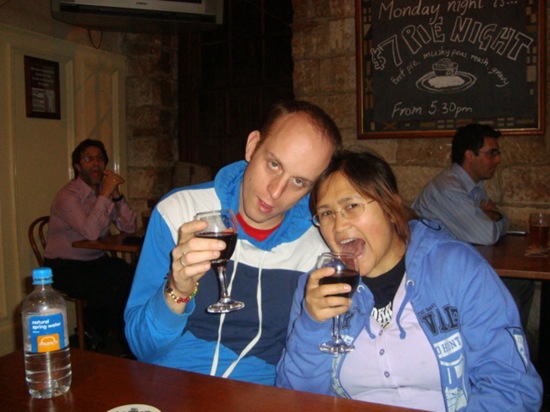 By now they were starting to feel the wine a bit…

Then some more walking took us to a place called the Australian Hotel, which had a really cool menu featuring pizzas that had things like crocodiles, emus, and kangaroo meat on them.

Yet more wine was given to Ivan and Jennifer. I declined the offer of some more banana juice, because unlike those two, I know when I’ve had enough! 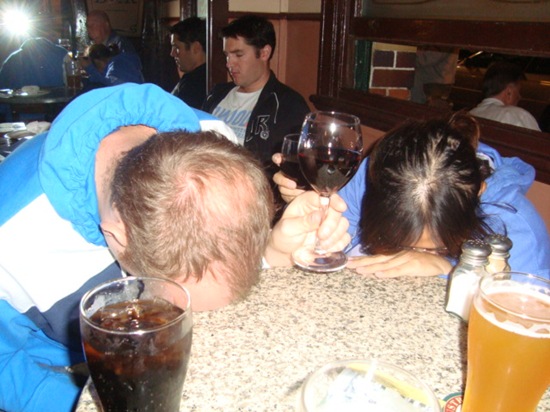 By now they were really starting to feel the wine!…but we couldn’t stay and chat with the rest of the group as we had to leave to get to the Sydney Opera House for our show we had tickets for.

We walked quickly down to the Opera House and took our seats just as the show was starting.

I sat on Jennifer’s lap for the show – while Ivan and Jennifer got student discounts for their tickets, there was no monkey discount unfortunately.

The show was kinda strange..it was basically two guys doing a mime act – and while one would be doing the miming, the other would be doing sound effects from off the stage.

Ivan and Jennifer DID enjoy it….it just wasn’t that great really….like the sort of thing you would see maybe as a street show or an amateur night. But, at least we can all say that we have seen a show at the Sydney Opera House!

The next day, the 19th of August, we got up nice and early and made our way to the Oz Experience bus for the start of our wine tour. There was meant to be a group of 13 of us on the tour, but only 4 of us turned up.

The bus drove out of Sydney and into the countryside. We first stopped at a national park where we got out and had a walk. The views around us were amazing. 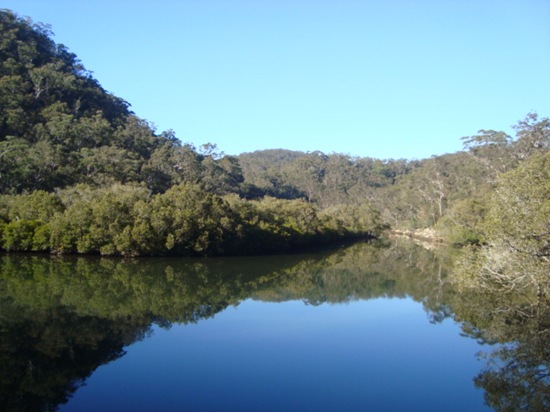 We walked around while the guide told us about the history of the area. There were a few aboriginal drawings that he showed us on the rocks.

Then we were back on the bus and started to enter the Hunter Valley. We drove to our first winery. It was a small boutique place set in the middle of some fields with incredible views over the vines.

It was owned by a husband and wife team from New Zealand, and the wife invited us into the cellar door (wine shop) to sample the wines they had.

We tried many wines – both red and white and different types of each one. There was also some really tasty cheese and crackers to eat. 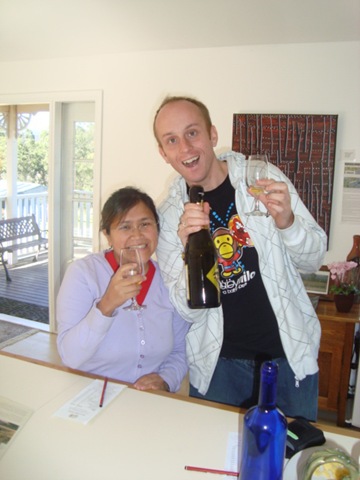 We got to sample quite a lot of wine..and understood now why our guide had told us that some people get really drunk on the tour. He said that once some people were so drunk they were naked running around a field chasing a cow!

After the tastings we went outside to the garden where some lunch had been prepared for us. Apparently nobody had told them that a monkey would be present so there was none of me, but that’s no problem as I don’t go anywhere with a couple of bananas in me bag anyway. The views we had while eating our lunch were incredible.

After our lunch, we jumped back in the van and drove to the second vinery.

We were met by this friendly chap, who sounded Australia but was actaully French. 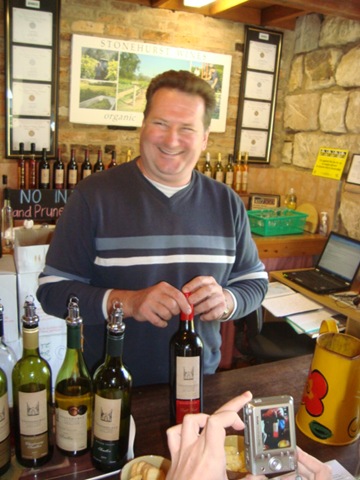 Again we sampled lots of different wines from different years while the chap above told us all about them.

Heres a pic of everyone in the group. I’m not in the picture as I was the one who was taking the picture.

After sampling all the wines, it was back in the van to drive to the third place.

We sampled many more wines and we even brought one bottle as it was very tasty and only cost 10 dollars.

All of us were slightly drunk as we got into the van for the drive back to Sydney.