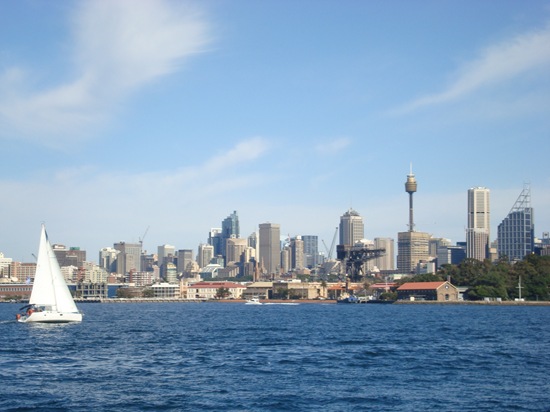 There’s a wonderful view of the city and the Sydney Opera House from the boat.

We got a bus to the Kings Cross area.  We checked in to the Funk House.

We had lunch at Froth Espresso.  Ivan had the pumpkin soup for a starter.  I had a banana and tuna sandwich.  Ivan and Jennifer each got a chicken sandwich with avocado.

We got a bus to Darling Harbor.  We walked around the area for awhile.

We went to a mall.  Ivan and Jen signed up for the lasertag at M9.  I waited outside.  The room was really big.  They had a good time running around and shooting people.  Ivan got the most points out of the whole group in the first game.  Ivan played a second game while Jennifer and I waited.  He came in second place in the second game.

We got a bus back to the Funk House.  All the doors of the rooms have things painted on them.  There was Mia Wallace from Pulp Fiction, The Simpsons and Lenny Kravitz.  Ours was Saturday Night Fever.  Ivan and Jennifer wished they had gotten Family Guy which was the room next door. 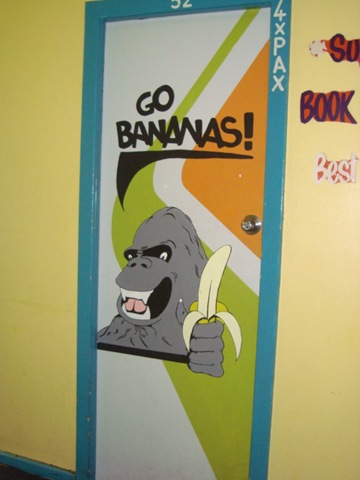 I liked the Go Bananas! one.  We used the internet for a short while.

For dinner, we walked to Opium Den.  It’s a restaurant with Thai food. 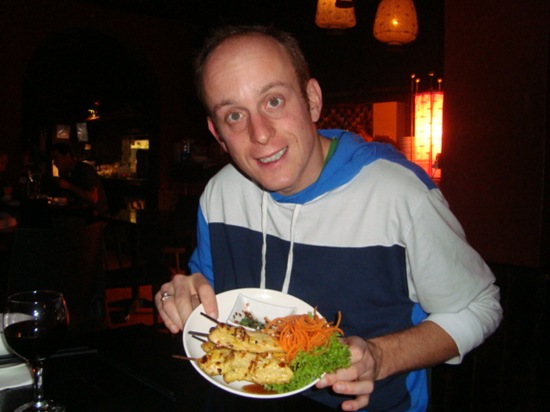 Ivan and Jen started off with delicious chicken skewers with tamarind sauce.  Ivan had a really good fish dish.  Jennifer had a plain chicken stir fry that didn’t have much flavor. 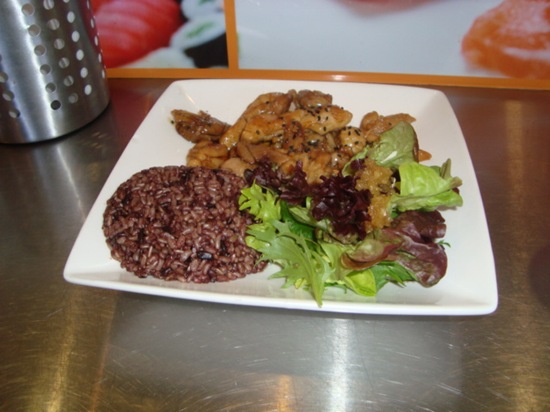 Jennifer got the chicken teriyaki with brown rice.  The food was healthy and tasted good.

We got a bus to Central.  Ivan and Jennifer booked the Oz Experience. It’s a bus that goes from Sydney to Cairns.  They can get off the bus to stop at different places.  Then, catch another bus a few days later to move on to a new city or town.  They booked the Express package which is a maximum of 28 days.  They also booked a Wine tour for Wednesday.

We used an internet cafe nearby for awhile.

We got a bus to The Rocks area.  We walked around this great place. We saw The Sydney Opera House.

Ivan wanted to book a pub tour for tonight.  But, there weren’t enough people doing it.  So, Ivan planned it for tomorrow night.  We went to Guylian Belgium Chocolate Cafe.  Ivan and Jennifer each had English breakfast tea.  They also shared a brownie.  I had a banana tea and banana bread.  It was real good!

We got a train back to Kings Cross.  We chilled in the hostel for a little while.

We decided to have Thai again at Opium Den.  I had the banana Pad-Se-ew.  Ivan and Jennifer started with the great chicken skewers again. 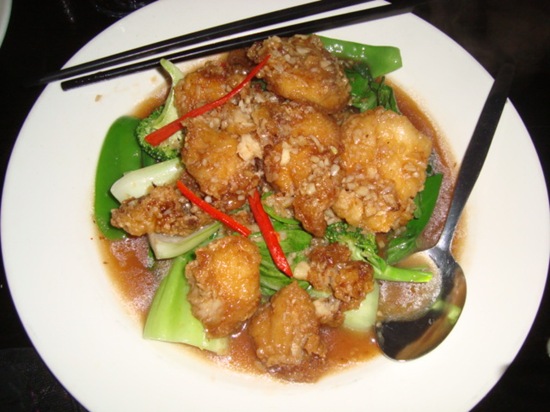 Ivan got the tasty fish dish.  Jennifer got the chicken pad thai.  It was good food again.