We had lunch at Chop Chung Wah. 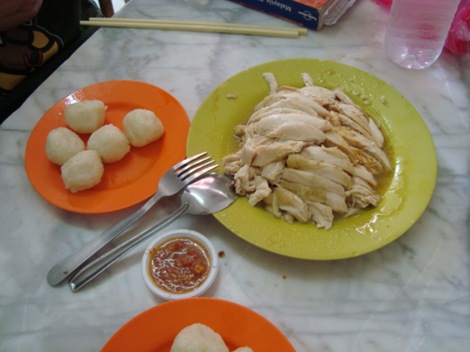 They serve only chicken with rice balls and its meant to be their speciality.  I had my dish with bananas.  The chicken was alright with the chili sauce.  It was okay, not much flavor though. We all thought maybe the place was a bit overrated.

We checked in to the Heeren Inn.

We wanted to check out more of the city.  We went to the town square.  We saw a park that had a plane and an old train in it. 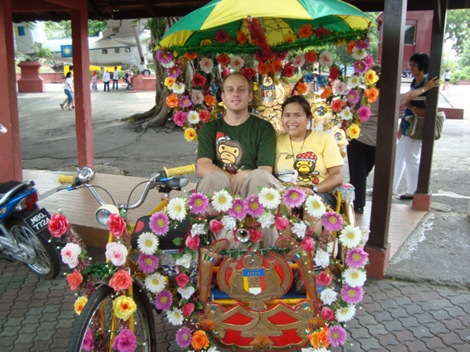 We took a tricycle there.  It took a couple minutes to reach the church. 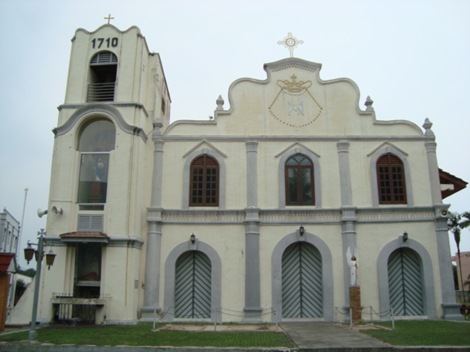 It’s the oldest functional Catholic Church in Malaysia.  It was built by the Dutch in 1710.  It wasn’t open.  Jennifer took some pictures. 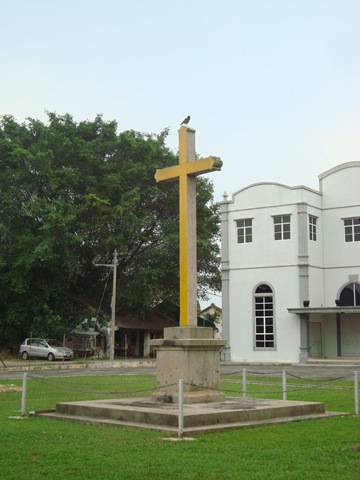 We walked to Villa Sentosa.  It’s a living museum.  They call it that since there’s a person who tells the story of the house, and its a real house that people still live in.

Our guide was this old man who was part of the family that owned the house. He was 75 years old.  The man loved telling us about his family.  He served us tea, but didn’t really give us much time to drink it, before whisking us off to show us some more rooms. There were many items owned by his family members like records, china and beds.

There’s a gong in the house.  The man said if you hit it three times and then make a wish, your wish will come true. 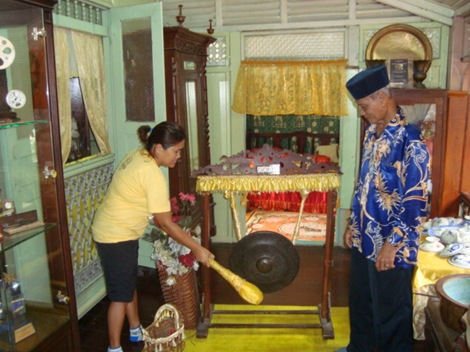 Ivan and Jennifer hit the gong.  I did too.  Jennifer said we shouldn’t reveal our wishes or they won’t come true.  But, don’t tell anybody – I wished that I wouldn’t ever run out of bananas.  I hope it comes true!

There was a bridal suite where honeymooners go.  There was a seating area.  I think it was built for when the King and Queen came to visit. 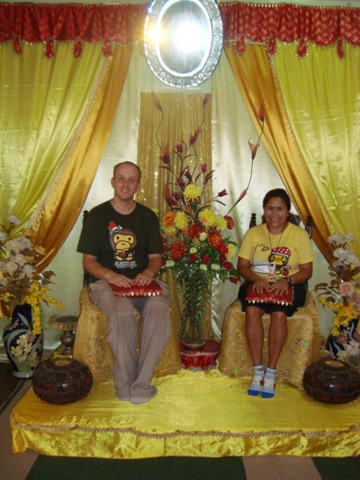 Ivan and Jennifer sat down to take a picture.  The clothes and shoes of this man’s mother were displayed.  It was a great museum.  It’s always better when somebody talks about the museum.  He was very passionate about it, and obviously really loved showing people around his house.

At the end, he signed a paper for each of us on a museum brochure.

He also said we were friends now and shook our hand.  The museum is free.  You can donate at the end of the tour.

We walked back into the city.  We met up with Mr. Yee.  We were going to have dinner with him and his wife Susan.  Susan was busy with Foundation affairs.  We walked to a local place.  Ivan and Jen both had chicken and rice.  I had the last two bananas I brought for the day.

Mr. Yee brought our bags to our current hotel.  We had left them at his house earlier.   We chilled at the hotel for awhile.  We walked around the market.  We went to an overpriced tapas place for dinner since we were still hungry.  Afterwards, we headed back to hotel to get some rest.