Ivan and Jennifer had the free breakfast at the guesthouse on July 26, 2009.  I had a banana on Jennifer’s toast.

It was time to head to the Bali Bird Park.  Ivan hired a guy to take us there and back.  It took about 30 minutes to get there.

We got tickets and went inside.  A guy was letting people take pictures with two birds.  It was really funny since he put a bird on Jennifer’s head. 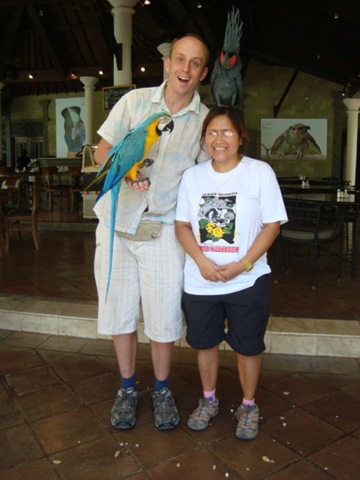 The park has some cages, but there are lots of birds out in the open.  We went to check out some of the birds. 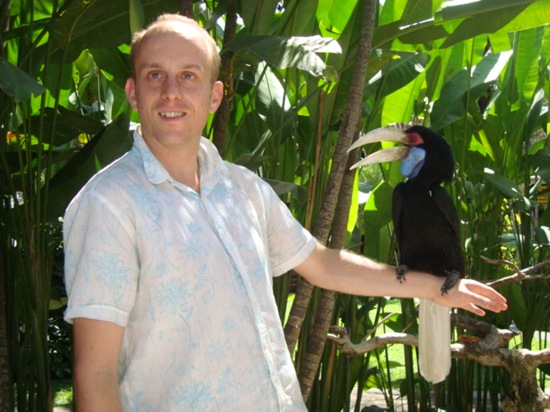 It was nice that we could hold them.  One bird was doing spins on a branch.

He was quite good at it – the showoff- obviously all the practice had paid off!

We walked to another bird area.  Ivan wanted to feed the lorries.  We couldn’t find the feeding at first.  Ivan did find the guy so we could feed them.  Jennifer doesn’t like the birds flying at her so we just watched Ivan feed them.  The food was corn and peanuts in the shell. 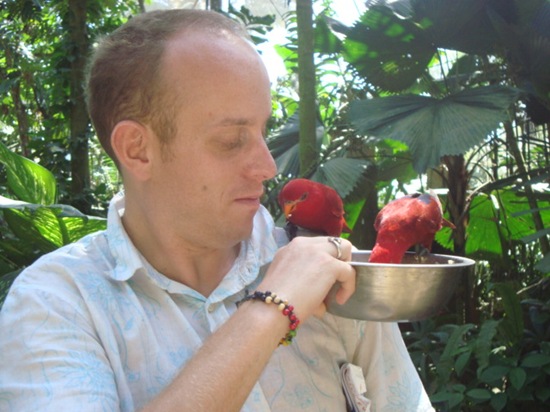 The lorries were a lot bigger than the lorries Ivan fed in the KL Bird Park.  The employee who gave us food to feed the birds was really friendly.  He asked Ivan and Jennifer if they wanted to feed pelicans.  They said yes and he said it would be a couple of minutes.

We walked to the pelican area.  The pelicans are a lot bigger than I imagined.  Jennifer had to stand on a bench near the pelicans.  She had a fish in her hand.  The guy said to swing it around. 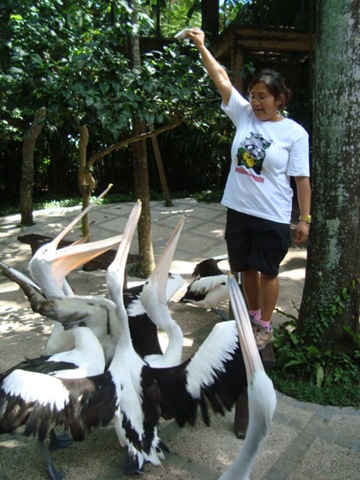 Jennifer was scared because they were following the fish and looked like they would take off her hand along with the fish.  The pelicans have really big beaks. She just threw the fish without looking.  Ivan wasn’t so scared when he did it.

The guy got all the pelicans into the pond.  It was much better feeding the pelicans while they were in the water.  Jennifer fed them lots of fish.  I threw a couple as well.  It was fun. 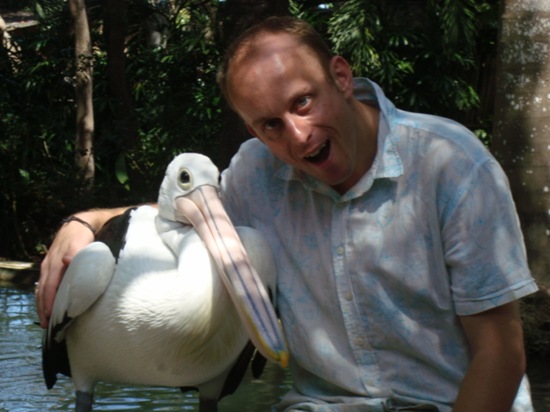 Ivan posed with one of his new pelican friends.

It was time for lunch.  We walked to the park’s restaurant.  Ivan and Jennifer ordered Nasi Goreng with chicken.  I ordered the same, but with bananas. 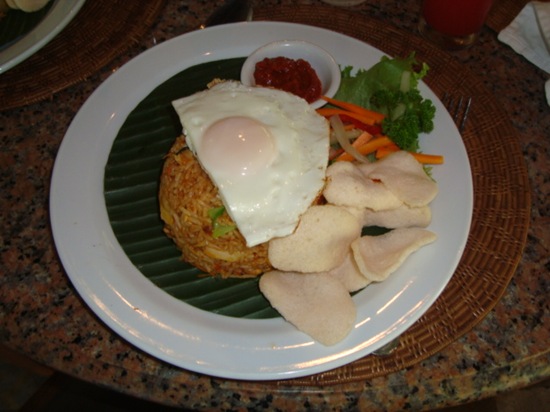 It was definitely a good Nasi Goreng.

After lunch, we went to check out more birds.  Ivan and Jen got to hold an owl.  They had to wear a glove since they have sharp claws. 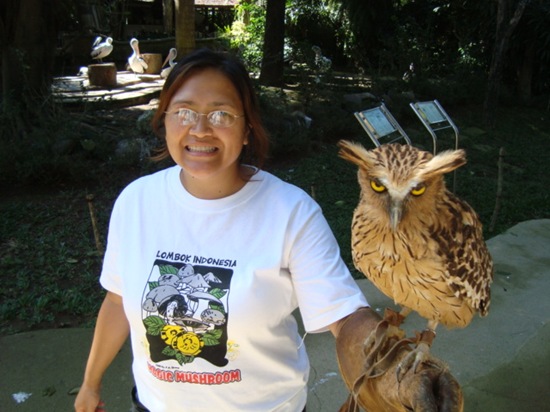 We saw one komodo dragon.  It was called the Komodo Dragon Experience – it was only one lonely komodo dragon in a big room next to a bridge.

We had a great, fun time at the Bali Bird Park.  We walked out and  Jennifer noticed the Reptile Park.  We stopped in there. 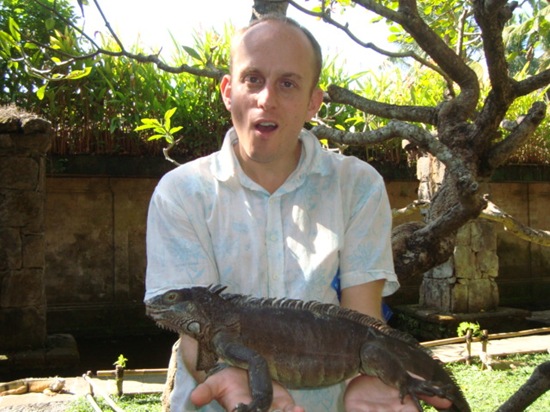 There were crocodiles, iguanas, and snakes.  We saw another komodo dragon in there. 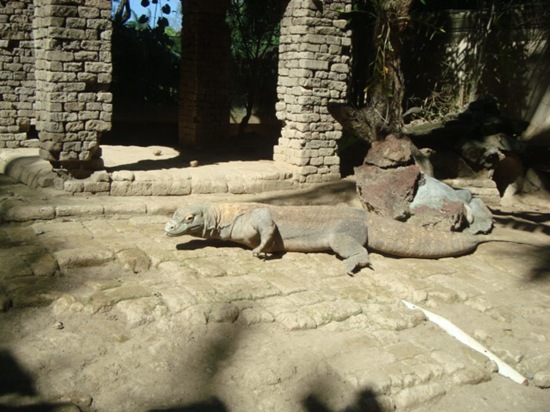 We decided it was time to head back to Ubud.

I got dropped off at the Monkey Forest.  I had one more day to train for the Monkey Race.  I was hoping that I could build up some speed.

Ivan and Jennifer had dinner at Nomad again.  They love it there! 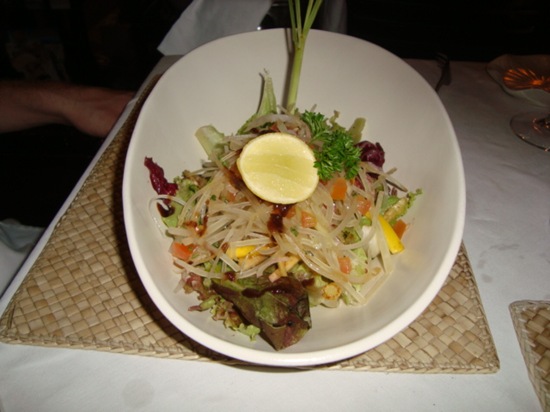 They started off with the Thai Salad and the Smoked Marlin Salad.  Ivan got the chicken curry while Jennifer ordered the tuna.  They wanted dessert.  It was the delicious chocolate mousse cake with strawberry sauce and a scoop of vanilla ice cream.  It was another wonderful meal at Nomads.