Ivan, Jennifer, and I checked out of the Unique Hotel on July 23, 2009.  We checked in to the Buddha Resort. 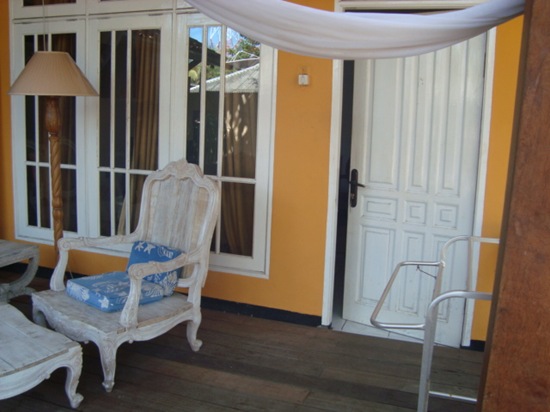 Gili T is really nice because there are no cars or motorbikes.  You can walk, rent a bike or ride on a horse and cart.  We walked to the internet cafe.  We used the internet for a little while.

We stopped to get gelato.  I had a banana gelato.  Ivan and Jen each got a chocolate one.  It was tasty!

We sat down at Rudy’s Bar to get a drink.  I had a banana and strawberry juice.  Ivan got a Bintang while Jennifer got a vodka sunrise (it was supposed to be an Arak Sunrise but they were out of Arak).  It was nice to relax. It was humid out today though.

We chilled in the room for a short while.

It was time for dinner.  We went to Scallywags.  We ordered the same food as last night.  I got the tasty chicken and banana kebab.  Ivan got the snapper dish and Jennifer got the chicken kebab.  Ivan and Jennifer ordered the brownie again.  They were out of the mint ice cream though.  They got vanilla instead.  It tasted good but it was way better with the mint ice cream.

We walked to the only ATM on the island.  It’s located right near Villa Ombak.  The band was playing at Ombak restaurant. 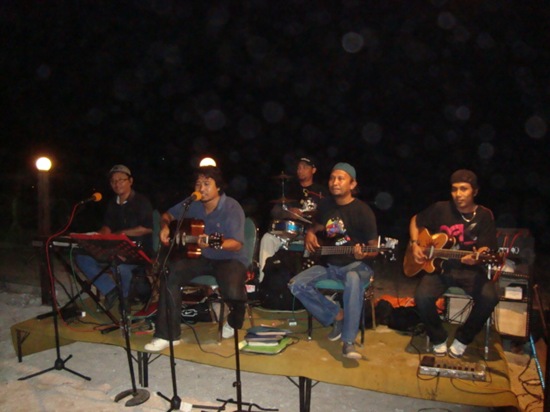 They’re really good.  We listened to them for a couple minutes.  There’s a big chessboard at the Villa Ombak. 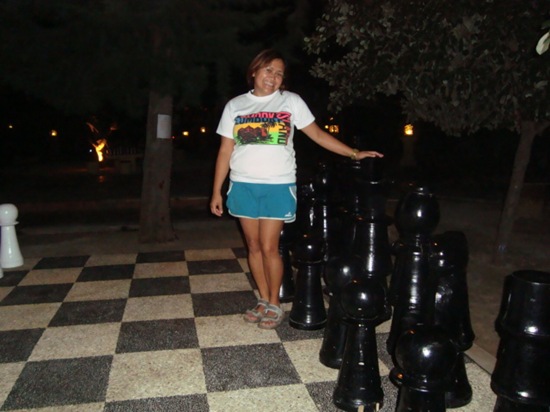 We headed back to the resort.  We watched an episode of Son of the Beach and then it was time for sleep.