We got a taxi to the train station.  We wanted to go to Bandung -unfortunately, the next train was in two hours.  We asked a security guard about the bus station.  He took us to a guy who drives his car.  We got lucky to get a private car for a cheap 300,000 IDR, which is about 30 US dollars.  Ivan had talked down the price by flashing his winning smile. I was about to reach into my backpack and pull out a few bananas to give to the guy so that price could get even cheaper, but Jennifer spotted was I was doing and told me to save my bananas in case I have trouble finding new bananas to replenish my supply in Bandung.

The car ride was 3 hours long.  We got dropped off at the By Moritz Guesthouse.

We checked in to By Moritz.  It’s a basic room, with the emphasis on the word basic. However, the employees there are very friendly and give good information on tours.

We got a taxi to the Factory Outlets. Bandung is known for its factory outlets. We shopped for a while.  Ivan bought some cheap clothes.  One of the stores had Louis Vuitton jeans for $18 USD.  They had lots of brands for very cheap like Ed Hardy, Volcom and Esprit. Everything there was really cheap – much cheaper than the factory outlets in America. However, Ivan suspected that some of the stuff was fake because some clothes were just too cheap to be real.

We got a taxi to the Yogya CiWalk.  Ivan wanted to check out the Blind restaurant.  This restaurant is where you are served in the dark (and I mean pitch dark).  The servers are all blind.  You order first and then are taken upstairs to the restaurant.  I can’t believe it was so dark in there!  I ordered the spaghetti with bananas.  Ivan got the spaghetti with tuna while Jennifer got the fettuccine with mushrooms and chicken.  The server tells you exactly where your fork, spoon, and drinks are.  Ivan’s eyes were hurting.  He thought that they were trying too hard to see something.  They weren’t used to being in the dark.  We were the only people eating in the restaurant..at least we think we were – I mean of course we couldn’t see anyone else because it was so dark..but unless everyone else in there was staying completely silent, then we were definitely the only ones there.  The food was okay.  The experience of eating in the dark was really cool.  Jennifer liked eating in the dark.

We had booked a trip for the morning to go to the volcano and hot springs.  So, we headed back to the hostel to get some rest.

the backpacks into the back of the car.  The car took us up to the volcano. 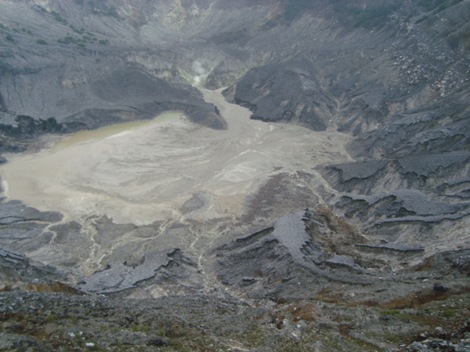 It was a little chilly out.  Men were selling hats and scarves.  The view was really great. 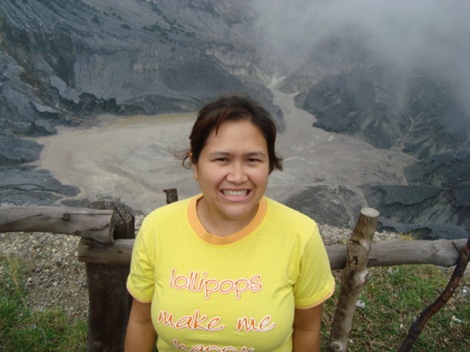 Horses were there if you wanted to take a ride.

We walked back to the car.  We drove to the Sati Ater Hot Springs.  Jennifer changed into her bathing suit.  I stuck my foot in the water and it was really hot.  Ivan really liked it.  It took a little while for Jennifer to get used to the temperature.  Jennifer was the only girl in a bathing suit and Ivan was the only guy not wearing a shirt. I was the only monkey at the hot springs.  The springs are hot because of the volcano.  There were a couple of different pools, some with waterfalls. 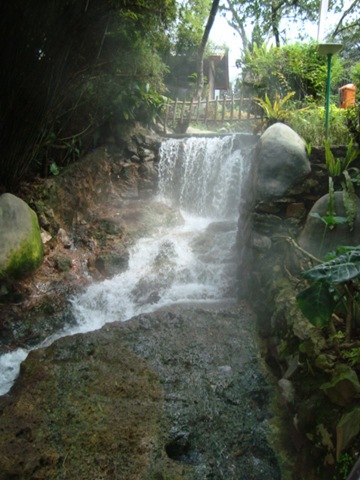 There was a pool with a slide but you had to pay extra to use it.  I had a banana popsicle.  Ivan and Jennifer got a cup of noodles for a snack.  It started raining.  We went to sit down in the eating area since it’s covered.  Ivan got a bbq corn on the cob for him and Jennifer.  We were seated with some Muslim women.  They offered Jennifer some of their food.  She said no thank you.  It looked like it might have been beef.  It stopped raining.

We went back to the car.  We were driven to the strawberry patch.    Men were trying to sell us strawberries and blueberries.  Ivan and Jennifer had a few free samples.  They didn’t think the blueberries were very good. 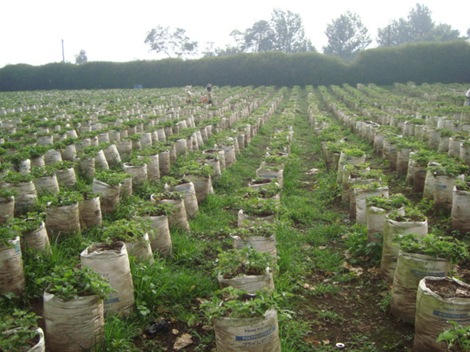 We could pick strawberries if we wanted to.  Ivan and Jennifer weren’t sure how to do it though.  There was a track for ATVs. 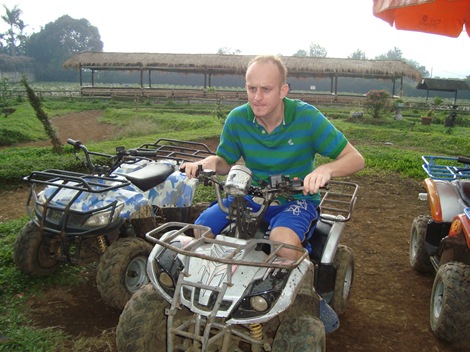 I rode with Jennifer.  It was fun riding although a bit bumpy.  Ivan and Jennifer bought a box of strawberries.  They tasted good!  They also got some homemade strawberry ice cream.  It tasted artificial with too much sugar.

We drove back into the city.  We were dropped off at the Swiss Bel-Hotel.  We checked into the nice hotel.

Ivan had set up that we would meet a couchsurfer.  Dimas said he would come pick us up.  We got ready for a night out.

Dimas picked us up.  We drove to a hotel nearby.  We picked up two other couchsurfers who were From Malaysia.  Then, we drove to the restaurant Black Romantic.  Dimas’ friend Ben and his friend met us there.  Everybody ordered food.  I ordered noodles with chicken and bananas.  Ivan and Jennifer both had Nasi Goreng. 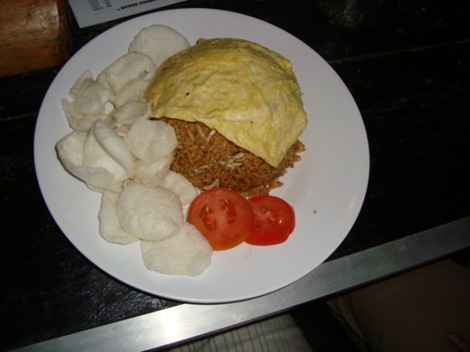 Jennifer thought it was the best Nasi Goreng she’s ever had.  The rice was spicy.  We chatted for awhile at the restaurant. 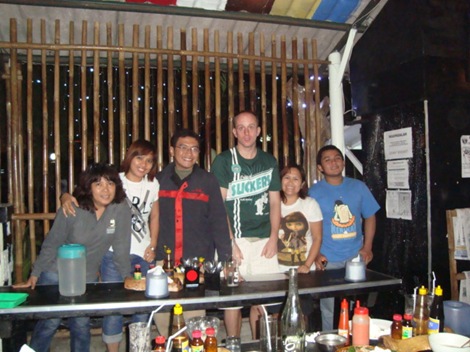 Dimas took the other couchsurfers back to the hotel since they had to wake up early the next morning.  We drove to a Mexican bar and Ben met us there.  The bar was pretty full and really noisy.  Dimas really wanted to try hypnosis.  Ivan thought it was too noisy in the bar.  Dimas was trying to convince him though.  Ivan decided to give it a go.  Dimas was really easy to hypnotize.  It was really funny.  Ivan told him that he was a librarian and he had to tell everybody to be quiet in the bar.  So, he was going up to people in the bar and telling them that they must be quiet! People didn’t know what was going on – one guy thought he was high on mushrooms. I didn’t understand what high on mushrooms meant – I don’t see how you can be ‘high’ on mushrooms unless you stood on them! Dimas believed that his shoe was his cell phone.  He began talking on the shoe phone. 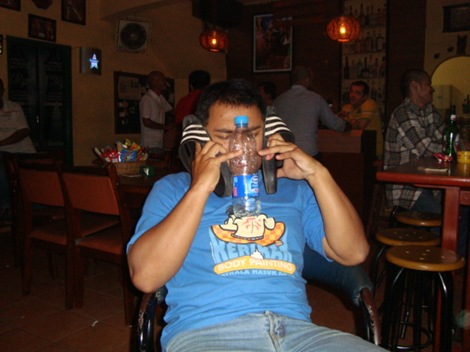 Then, Ivan said there was a conference call and his other shoe and the water bottle were the other lines.  It was a lot of fun seeing Dimas hypnotized.  We had a good night.