We hopped into a taxi headed towards Fatahillah Square.  It’s part of Old Jakarta and has lots of old Dutch buildings.

We went to have lunch at Cafe Batavia. 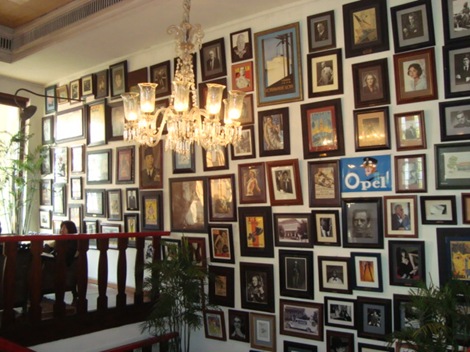 The place has great decorations everywhere.  I ordered some banana dumplings. 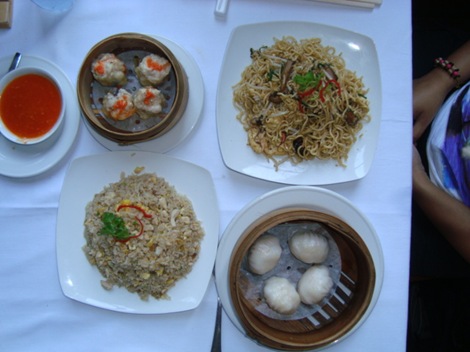 Jennifer ordered noodles with crab meat while Ivan got Nasi Goreng. We had a great view of the square from our table. 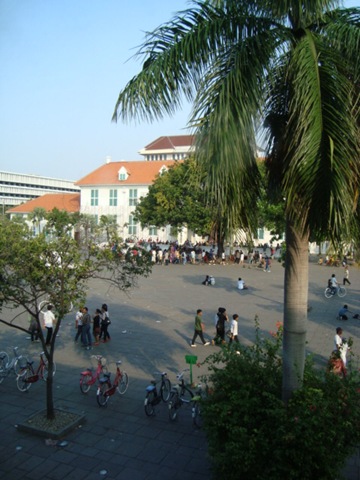 The food was good, and the restaurant was really beautiful inside – lots of character and nice furnishings.

We walked around the old square.  The buildings are really old since it’s in the old Dutch quarter.  There was a show happening.

A few of the men were fire breathing.  Lots of people were taking pictures.  A couple was getting professional pictures done. 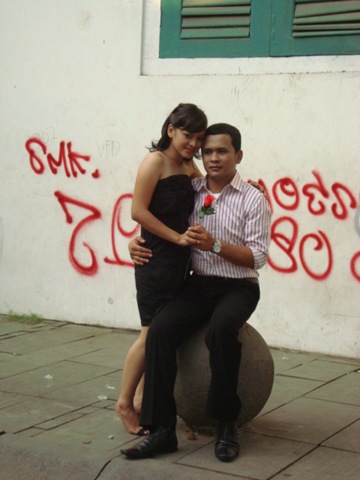 Jennifer snapped a picture of them.  Ivan and Jen liked the area in the square.

We decided to rent a bicycle.  Men take old bicycles and fix them up.  Ivan drove us around the square.  He had a hat on.  I’m not sure why, but everybody kept laughing at us. 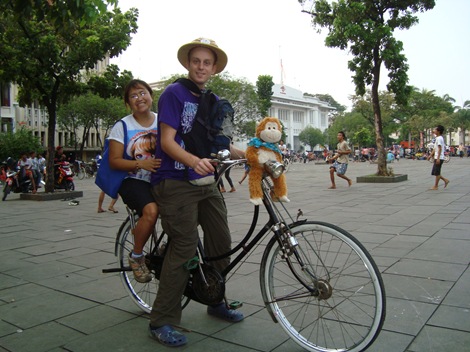 I guess they’ve never seen a white guy with an Asian girl and a monkey riding a bicycle before.  It was fun riding around in the square.

We took a taxi back to the hotel. 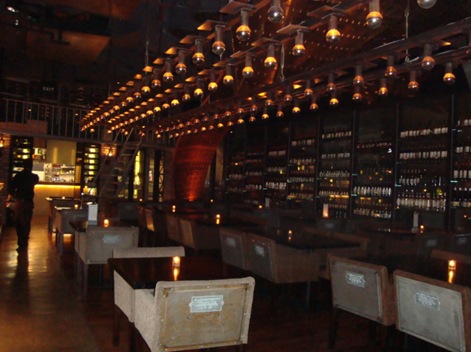 Jennifer took a few pictures of the restaurant.  A big Security guard came over and started talking Indonesian.  He seemed like he was too shy to say what he needed to say.  A server translated and said There are no picture taking in the restaurant.  Jennifer said sorry and sat down.

Ivan and Jennifer started off with avocado canapes.  It was actually not canapes but Ritz crackers.  I ordered a good banana fettuccine. 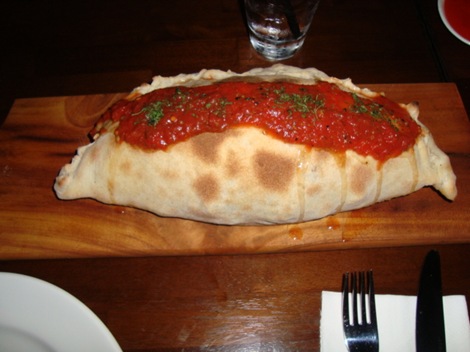 Ivan and Jennifer ordered a calzone with chicken and spinach and a chicken tangine to share.  The calzone was really delicious.  The chicken tangine wasn’t very good.  It didn’t have much flavor to it. Ivan started taking pictures and nobody seemed to care.  Jennifer didn’t understand why she could take pictures and he could.