Ivan, Jennifer, and I checked out of the Mercure Convention Center Ancol on June 10, 2009.

We got a taxi to the Ibis Hotel Arcadia, which was back in the center of Jakarta. We checked in to the hotel.

Jennifer and I went to eat at the coffee shop in the hotel.  I had noodles with bananas.

Jennifer got the Nasi Goreng Seafood.  The food was alright.

I worked on the blog more.  Jennifer uploaded pictures to Flickr.

Ivan went out with an old friend from the Everest trek.  They went to Cafe Batavia.  He had shrimp dumplings and Nasi Goreng.  He also was driven around Jakarta.

Jennifer and I ordered room service for dinner.  I had rice with chicken and bananas while Jennifer got spaghetti carbonara.  The food was okay.

Ivan, Jennifer, and I checked out of the Ibis Hotel Arcadia on June 11, 2009.  We checked in to the Luxe Hotel across the street, which was slightly cheaper and had rooms available, unlike the Ibis which was full that evening.

We took a taxi headed to Water Bom, a water park.  The taxi driver got lost, and at one point we were driving through a small village which had a flood – the water was almost as high as the doors of the taxi! We all agreed that this is probably not the correct way to get to the waterpark. Once we eventually arrived, we brought our tickets and went in. I was reading and chilling out in the sun.  I don’t really like swimming too much.  Ivan and Jennifer rode most of the rides there.  There are actually not that many rides available as it’s quite new.  The park provides big floating rings for people for one or two people.  Ivan and Jennifer were walking around the Lazy River.  The lifeguards told them they needed the floating rings.  They didn’t understand why they couldn’t just walk or swim around the Lazy River.  We had a good time at the water park.

We got a taxi back to the hotel.

We hopped into a taxi.  We were having dinner at The Apartment.  It’s designed like it’s a man’s apartment.  There’s the bedroom, living room, kitchen, bathroom, patio, and a library.  There are real items in each room.  In the Bathroom, there was a shower, sink, towels and a robe.  We were seated in The Bathroom.  It’s a great, unique concept. 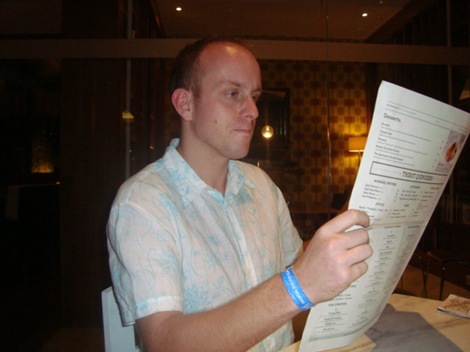 The menu is printed like a newspaper.  Ivan got the salmon pasta.  I ordered the banana marinara. 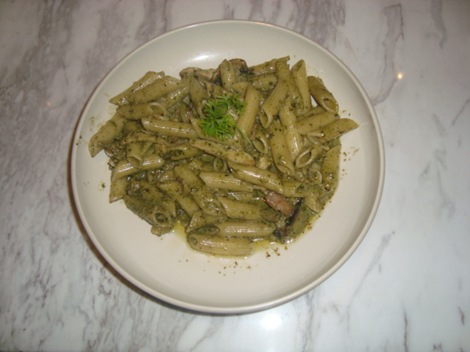 Jennifer got the penne pasta chicken.  Ivan had a bathroom drink and Jennifer had the library drink.  The food was good. 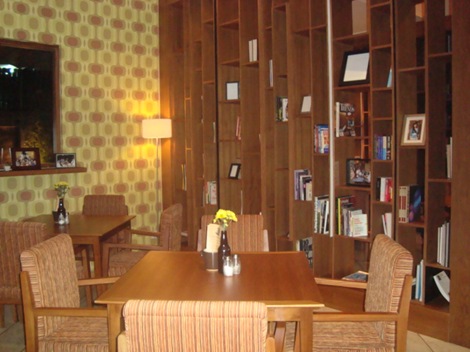 We went to check out the other rooms.  There’s even a car right outside of the restaurant.  We got the bill – the holder looks like a letter. 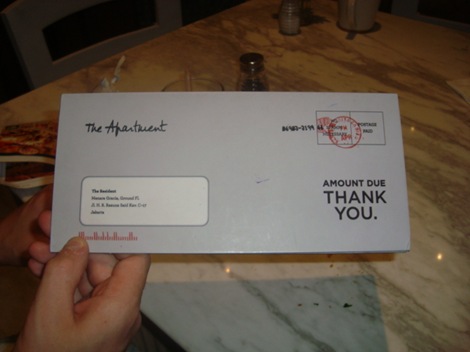 What a cool place!  The employees at The Apartment were very friendly – they all wear comfy pajamas as their uniform! 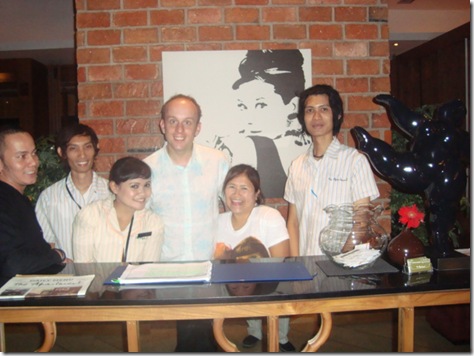 We got a taxi to Red Square.  Ivan and Jennifer got a drink. 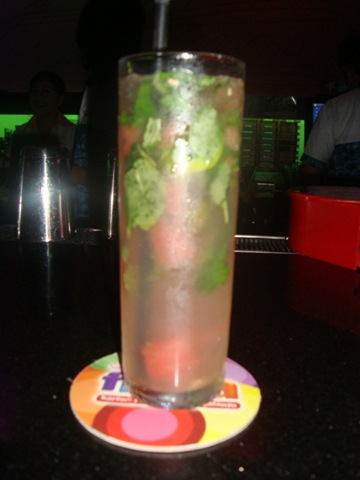 Jennifer’s drink was a Watermelon Mojito.  The drinks were tasty.  The music was nice.

We took a taxi to the Hard Rock Cafe.  Ivan wanted to check out some live music.  It was really loud.  The band was good.  They sang lots of different songs like YMCA, Creep by Radiohead, Come on Eileen, Just Can’t Get Enough by Depeche Mode, and Take on Me by A-ha.  Ivan thought that they murdered I Want to Break Free by Queen though.  We had a good night.