Ivan, Jennifer and I had some breakfast at the resort on March 4, 2009.  It’s Jennifer’s birthday today.  Ivan booked a snorkeling tour.  Ivan and Jennifer rented some snorkeling gear.  We boarded one of the two boats that were going on the tour.  Our first stop was in the middle of the sea.  Ivan and Jennifer had to pay 20 PHP each to go snorkeling there.  How crazy!  Does somebody actually own this part of the ocean?  I stayed on the boat.  Ivan and Jennifer went snorkeling.  There wasn’t anything exciting to see though.  The water wasn’t the clearest.  There were only a few fish visible.

We drove around more.  It was a great sunny day out. 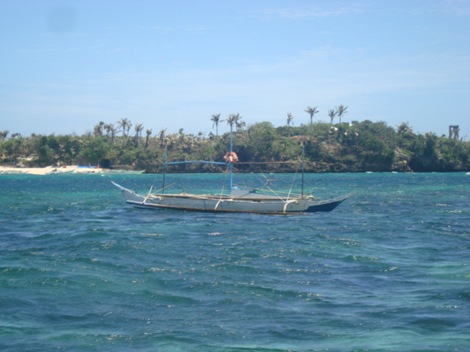 The water was sparkling.  We were headed to Crystal Cove Island.  Our boat landed. 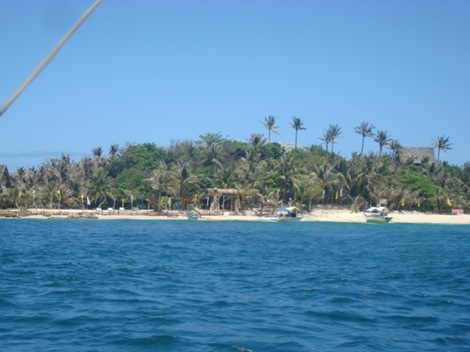 The group was going to see a cave on the island.  We decided to pass on seeing the cave.  We’ve seen our share of caves on our trip already.  The group had to pay the entrance fee of 100 PHP and then they went to the caves.  We stayed behind and read magazines.  Ivan took some pictures of the island.

A man told Jennifer that her partner shouldn’t take pictures since he didn’t pay the entrance fee.  Ivan told me there was a monkey on the island.  I got all excited – but it turned out to be a statue. 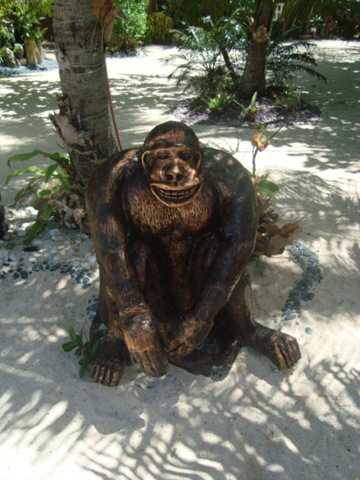 It was time to leave.  We got back on the boat.

The boat drove around more on the sea.  We saw a few lovely beach resorts. 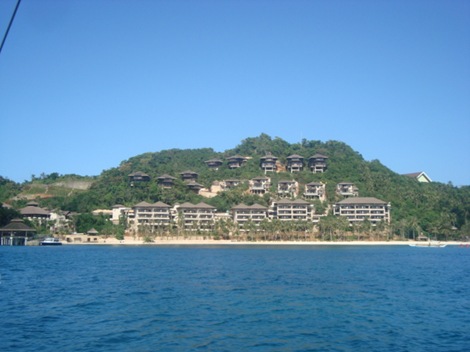 I love being on a boat.  The scenery is nice.  We stopped again to go snorkeling.  Ivan and Jennifer got into the water.  The snorkeling was alright.  There was some fish around, but not many.  There was coral but nothing special.

The boat drove us to another island.  A lunch buffet was waiting for us.  There was fish, pork, chicken bbq, bananas and watermelon available.  I grabbed a bunch of bananas, chicken and some rice.  We all ate our lunch.

We got onto the boat again.  Our last stop was Puka Beach.  It’s located on the northern tip of Boracay Island.  This beach is known for its beautiful stones.  The water here is a bit rougher here than on White Beach.  It’s a really quiet beach since there aren’t many people on it.

Jennifer liked looking at the different stones on the beach.

We boarded the boat.  The boat took us back to White Beach on Boracay.  We had a good time on the tour.

We went back to Frendz Resort.  We relaxed for awhile.  Ivan and I went to D’Mall.  Jennifer decided to take a shower.  Jennifer came out of the shower.  Ivan had a birthday cake with candles waiting for her. 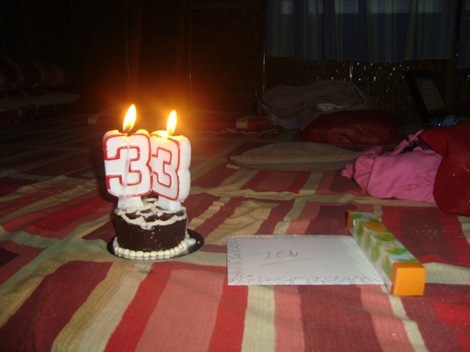 Jennifer blew out her candles.  Ivan and Jennifer shared the chocolate cake.  I suggested a nice banana cake – but Ivan thought Jen would like chocolate.  They thought the cake tasted wonderful.

We all got ready for the night.  I was going to dinner with my friends at Hungry Monkey.  I had another good night with Roger, Mike and Nina.  I had the chicken and banana dish.  I asked Nina if she wanted to join me for dinner tomorrow night – only me and her.  She said yes!  I would have to find a good restaurant.  Roger, Mike, Nina and I had a few banana drinks at a secret monkey bar.  Afterwards, I walked around the beach with Nina. 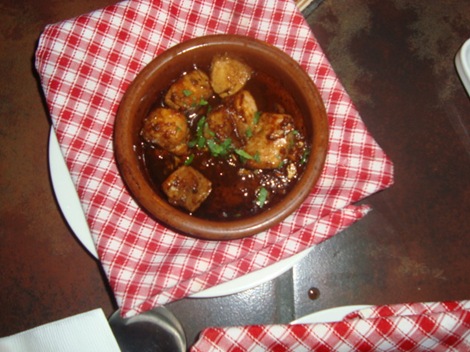 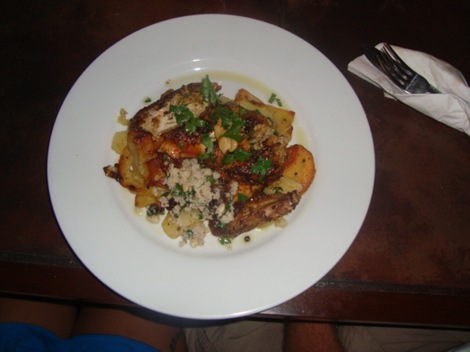 The chicken came out a few minutes later.  They really thought the dish was great.  Ivan and Jennifer loved the food at Dos Mestizos. 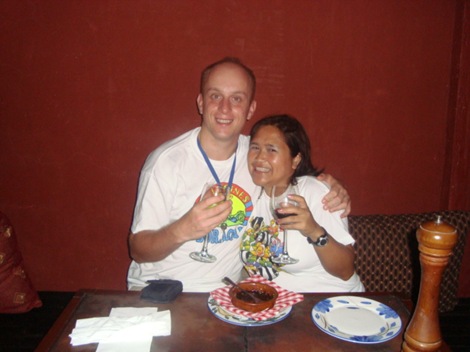 It’s a must if you’re ever in Boracay.  Ivan and Jennifer wanted to go check out The Boss again at the MO2 Wave.  They went outside and it was raining really hard.  Ivan saw a tricycle going by.  They got inside and had the driver drop them off.  The rain was still coming down hard.  The Boss had moved inside.  The sound didn’t sound as good as it did on the beach.  The whole band was there this time.  There were two snigers – a man and a woman.  They sounded great! 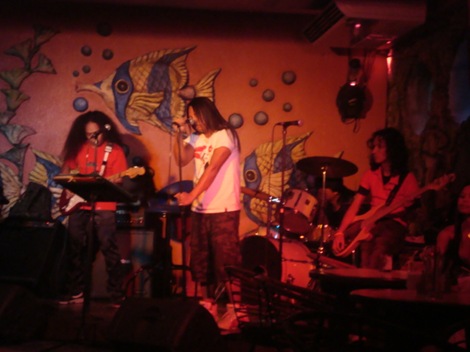 Ivan requested a few songs.  They did play one of his songs Zombie by The Cranberries.  Ivan and Jennifer had a drink.  They decided to head back home.  It was still raining a little.

I saw Ivan and Jennifer back at the resort.  We were all pooped from our nice night out.  Jennifer said she enjoyed her birthday very much.