A Festival and Comedy

Ivan, Jennifer and I went to the Regent Street Festival on September 27, 2009.  Ivan and Jen each had a veggie burger from a stand that was setting up selling vegetarian food.  I had a banana burger.  The burgers were so tasty!

We walked around a bit.  There’s rides and different booths.  We came upon a fashion show.  We watched for awhile. 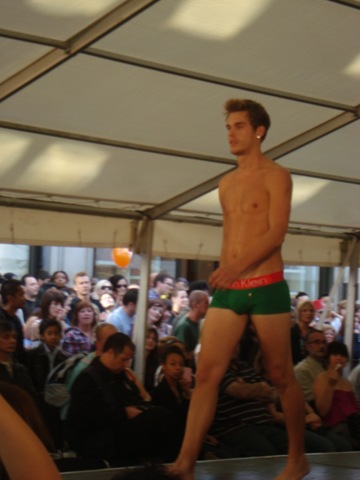 The models walked down in clothes from different companies like Nike, Primark and Gap.

I was happy to find some Happy Monkey smoothies. 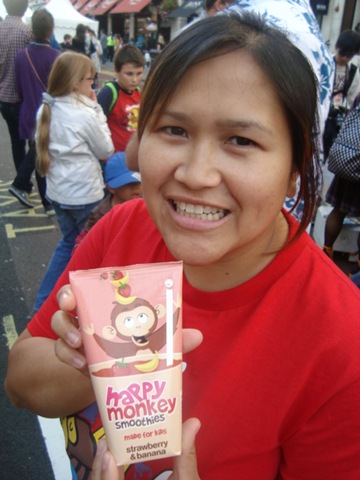 They tasted really good, but they were too small.  They’re made for children or small monkeys.

There was a booth with activities for kids.  It was time for hitting the pinata.  The host asked for fathers.  Ivan said he was a dad but his child was at home.  He’s never struck a pinata before and he wanted a go. 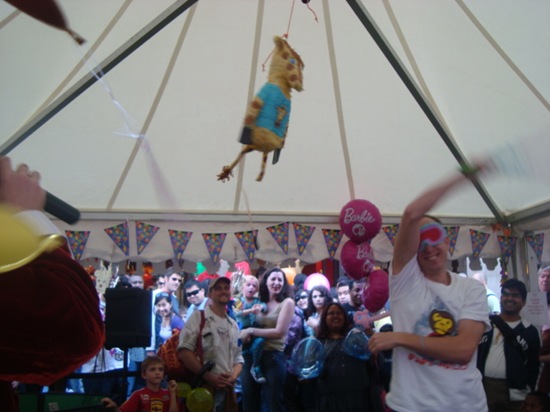 He managed to knock off part of the pinata.

We had fun at the festival.  We walked so much though.

Ivan and Jen wanted a break.  We stopped at MOMO for tea.  Ivan and Jennifer also ordered hummus.

We walked to get tickets for the Comedy Store tonight.  We saved  some seats for us for the show later on, and then went to get some dinner.

We went to C&R for dinner.  I ordered the Nasi Goreng with bananas. 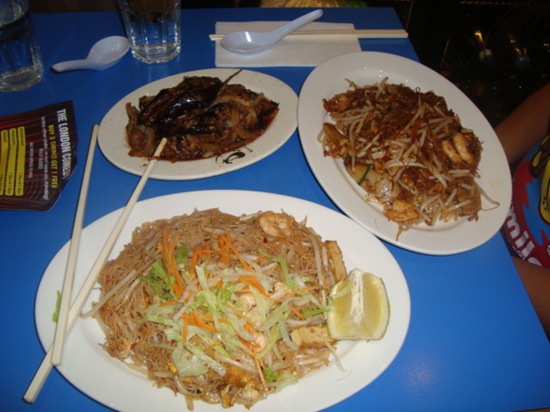 We walked back to The Comedy Store.  The comedy is all improv.  It turned out to be a really funny show!

Ivan, Jennifer and I checked out of Novotel on September 28, 2009.  We took a train to Canary Wharf.

We checked in to the Brittania International Hotel.  The rooms are much better than Novotel.  We also had a great view of the docks.

We took a train to Westminster.  Jennifer wanted to go inside Westminster Abbey. 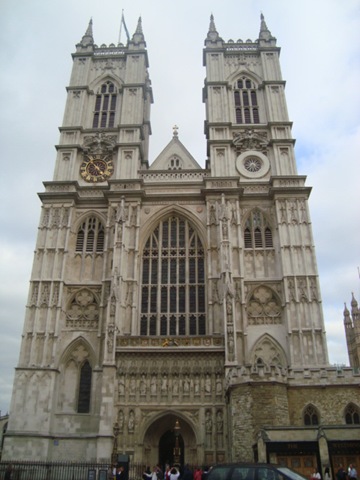 We got our tickets to go inside.  Audio guides are provided for free.  It was interesting to hear about British royalty of the past.  The coronation of Kings and Queens take place at this church.  We saw many rooms filled with Kings and Queens who are buried here.  It was really nice inside.  Unfortunately, we weren’t allowed to take pictures in the church.

Ivan wanted to get some wine.  We walked to the Wine Cellar.  It’s an amazing underground bunker.  The tables are in a dark room that’s only lit by candles on each table. 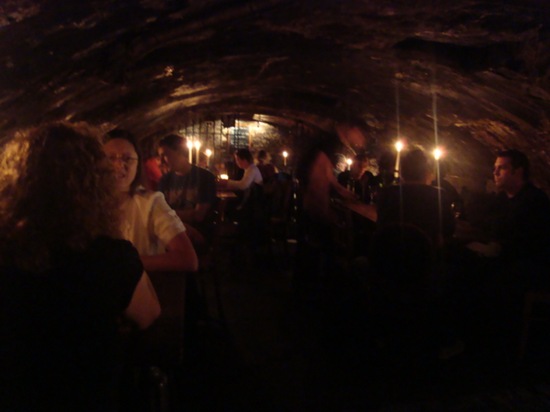 Ivan and Jen each had a glass of chianti.  I had a banana juice.

For dinner, we walked to Busaba Thai.  We met Ivan’s brother Neal there.  Ivan really loves this restaurant.  I can understand since the food is delicious here.  I had a spicy banana curry.  Ivan, Jen and Neal shared some fish cakes and roti for a starter. 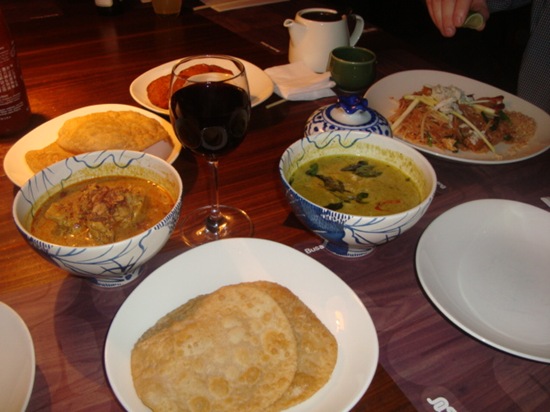 Ivan got the Geng Gari Gari while Jennifer got the green chicken curry.

Ivan, Jennifer, Neal and I went to the King Gong show at The Comedy Store.  It’s similar to the Gong Show.  The host picks three judges in the audience.  A person goes up to do his comedy act.  If the person is bad, the judge can hold up their card.  If all three judges hold up their card, the host will hit a gong and the person must step down.  If the person is actually good for 5 minutes, he’ll go to the next round.  Most of the people were really bad.  Some were actually good.  It does take guts to go on stage and perform comedy.  The people who managed to do their act without getting gonged off, came back for the final on the stage.  The audience claps for who they like.  It came down to two guys.  There was an English guy and a black guy.  The black guy was naturally funny.  But, the other guy won for some reason.

We had a good day.  We headed back to the hotel for some rest.