Ivan, Jennifer and I checked out of the Tanahmas Hotel on June 3, 2009.  Ivan was feeling sick – he had a sore throat and a cough.

We took a taxi to the airport. 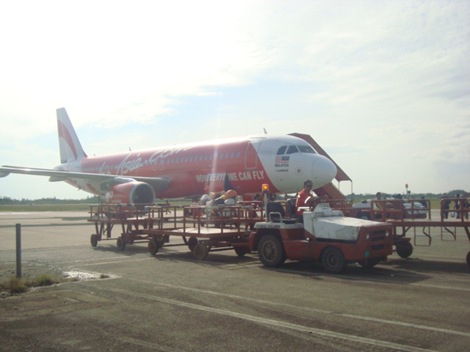 We got a taxi to our hotel.  We checked in to the Tune Hotel. 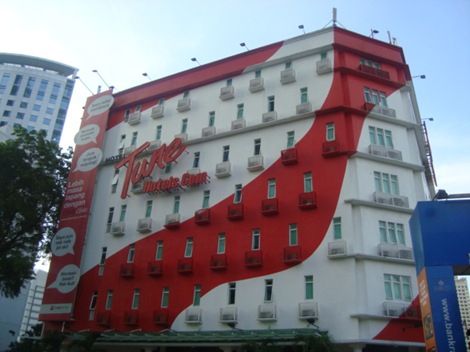 The Tune Hotel is a budget hotel.  You add on the things you need like air-conditioning, towels and internet.  We were so happy to see a Subway and a 7-11 on the ground floor right near the lobby.  The floors are sponsored by a company.  So, when you get off your floor, there’s a big ad on the wall.  There’s also a Mister Potato ad in the elevator.

We put our backpacks in the room.  The room is rather small but very clean.  There’s even ads in the rooms.  One was for McDonald’s.

Ivan used the internet in the room.

We walked across the street to the Post Office.  Jennifer had some things to send home.  The Post Office was out of boxes.  We went to two malls looking for boxes and envelopes to buy.  We finally found some at the SOGO Mall which is nearby our hotel.

We took a taxi to Cafe Cafe for dinner.  It’s a restaurant that serves French and Italian food.  Ivan and Jennifer started off with a salad with rocket, pears, parmesan and roasted nuts.  It was a simple dish, but not too filling.  I got the grilled chicken with bananas for a side.  Ivan and Jennifer each got a glass of red wine. 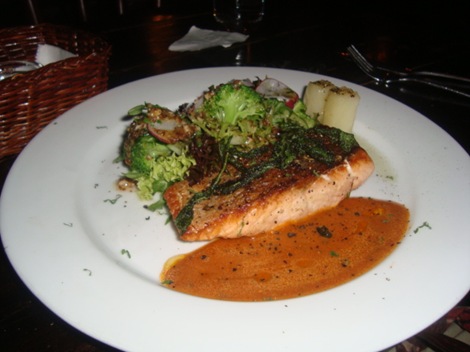 Ivan ordered the salmon fillet while Jen got the risotto with parmigianno and balsamic vinegar.  The food was tasty!  Ivan and Jennifer ordered the chocolate tart for dessert. 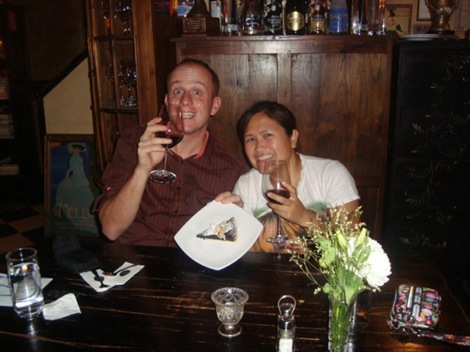 They thought it was heavenly.

We went to the post office on June 4, 2009.  Jennifer mailed some packages. 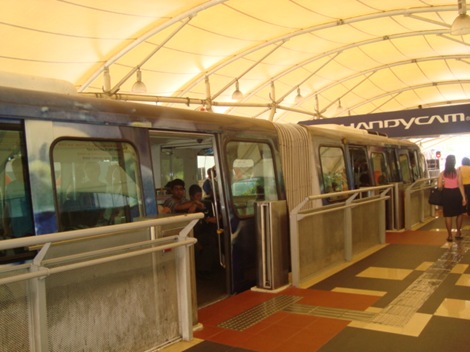 We took the monorail.  We walked to the Sungei Wang mall.  The last time we were here, Jennifer bought a creepy doll shirt here.  She bought three more this time. 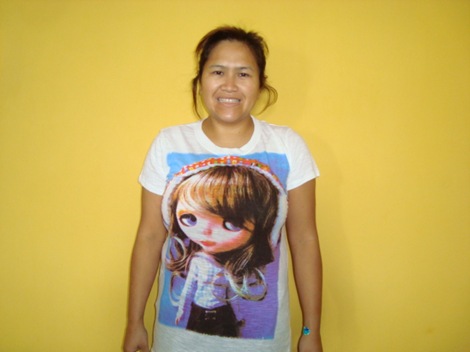 She thinks the dolls look creepy, but still think they’re cute.  This mall has very unique stores.  Not many name brand stores here at all.

We rested at the hotel for awhile.  Ivan went to the SOGO mall.

We took a taxi to Saisaki Japanese Buffet.  We walked inside and it was so crowded inside.  We grabbed some sushi.  There wasn’t much selection probably since it was so busy.  I’m glad I was able to order banana sushi.  You could also order hand roll like salmon, which Jennifer enjoyed a lot. 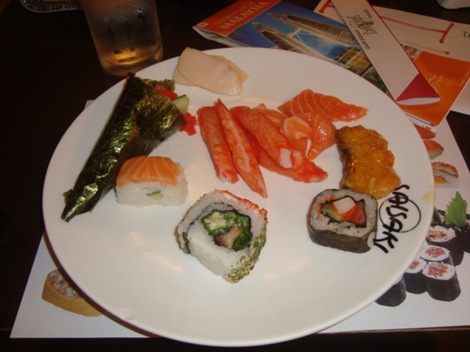 Unfortunately, they ran out of tuna.  It was so noisy in the restaurant.  The food was good, but not much sushi selection like our previous two visits there.

It was muggy outside.  We walked back to the hotel.  Ivan thought it would be a good idea to walk off the sushi.  We chilled at the hotel and then later went to bed.