Visiting Family and Shopping in Manila

Ivan, Jennifer and I woke up around 11 am on February 1, 2009.  We went downstairs.  There was breakfast for us.  Ivan and Jennifer took a shower.  Auntie Babie had told us that Uncle Maning (Jennifer’s uncle) was sick the night before.  We were going to visit him in Manila today.

Auntie Babie drove us to the apartment in Manila.  There’s two apartment rooms with Jennifer’s family.  There’s cousins, Aunts and an Uncle living there.  We met her Auntie Aning, Auntie Vicky and Uncle Maning. 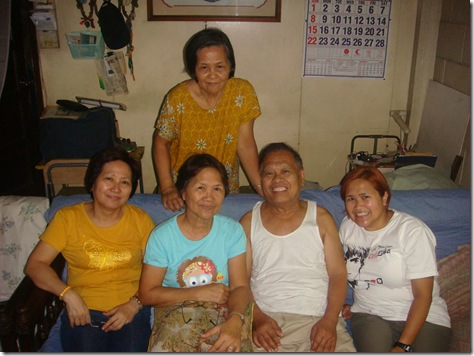 We also met a few cousins Ian, Lance and Ziegfried.  Ivan and Jennifer talked about the last four months of traveling around China, Vietnam, Cambodia, Laos and Thailand.  Ivan asked a lot of questions about different places to see in the Philippines.  Jennifer’s aunts asked us what we wanted for a snack.  They went to store to get some food and drinks.  Ivan and Jennifer had donuts and pineapple juice.  I was happy with my two bananas.  Ian stopped by to let Jennifer know his parents were on the phone.  Jennifer talked to Uncle Boy and Auntie Tina.  They wished her a good time in the Philippines.  We said goodbye to everybody.

Auntie Babie, Auntie Vicky, Ivan, Jennifer and I got into Auntie Babie’s car.  We stopped at Fort Santiago.  It’s a memorial to Dr. Jose Rizal. 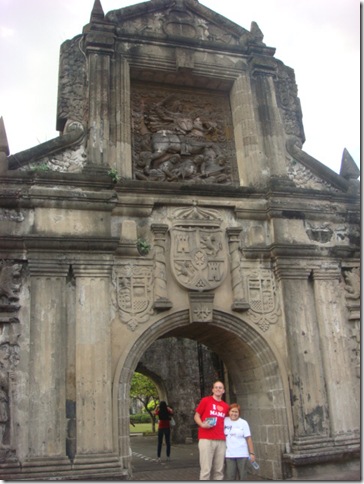 He’s the national hero of the Philippines.  There was a church inside Fort Santiago. 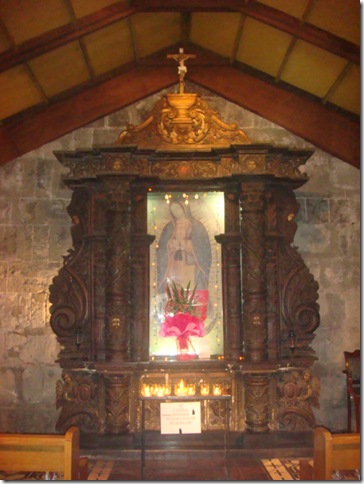 We also visited Rizal Shrine.  It contained some of his items including a copy of My Last Farewell which was smuggled out of an oil lamp.  At the fort, we saw outside of the dungeons.  People were drowned from water that seeped through the dungeons.  The dungeons have been closed off to visitors.

Next, Auntie Babie drove us to dinner.  We went to Calaben, a buffet with Filipino food.  Ivan and Jennifer were on a diet starting in the Philippines.  Jennifer has stopped eating beef and pork. 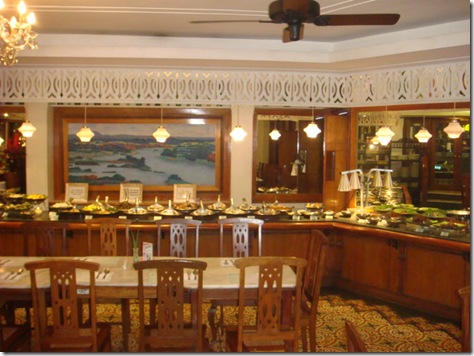 Jennifer got some chicken adobo and fish.  Ivan ate tons of fish.  I had fried bananas.  We had some halo halo for dessert.  The food was good here.

We wanted to go shopping on February 2, 2009.  Brennen (Jennifer’s cousin and Auntie Babie’s son) drove us to SM City Edsa mall.  TriNoma mall was located right across the street.  We walked around the SM City mall first.  Ivan and Jennifer were looking for travel gear.  We walked around a lot.  We decided to check out TriNoma.  We bought tickets to see the movie Saw V.  It was an adult movie.  So, Ivan let me watch Tarzan on his iPod.  Ivan and Jennifer thought Saw V was really good.  It tied together the past four movies of the series.

We walked back to SM City Edsa.  We browsed more stores.  Ivan used the internet. Jennifer got a haircut and a hair spa treatment.

Next, we saw the movie Yes Man.  It was a funny movie about a man who changes his ways to say Yes to everything.  After, we were so hungry.  We had some Japanese food at the mall.  We took a taxi to Auntie Babie’s house.