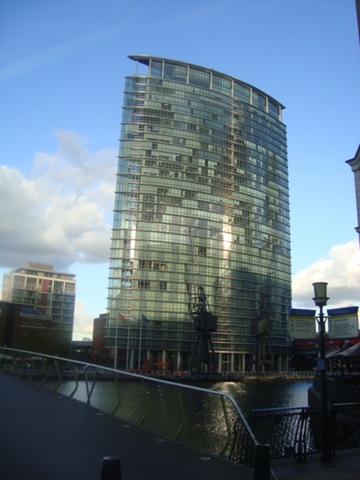 We checked in to the Marriot West India Quay.  It’s a great hotel in the Docklands.  We got a nice room overlooking the docks.

We took a train into the city.  We met up with Ivan’s brother Neal for drinks.

We walked to Satsuma for dinner.  I had some banana sushi rolls and yaki soba with bananas.  Ivan and Jen shared some spicy tuna rolls and marinated tofu steak.  Ivan got the yaki soba with chicken. 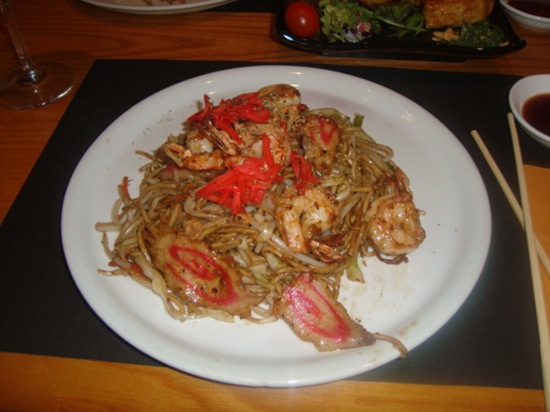 Jennifer got the yaki soba with Japanese fish cakes and prawns.

Afterwards, we walked to the Avenue Q theatre.  We saw Avenue Q.  It’s a really funny show with puppets!

Ivan and Jennifer went to see Saw VI on October 31, 2009.  They thought it was good movie  I stayed in the room to work on the blog, jump on the bed and watch monkeys on the tv.

We took the train into the city.  We were going on the Blood and Tears Tour.  It was a special one for Halloween.  A lot of people in the group were dressed up.  We walked through the streets of London.  Our guide told us about murders and spooky things that have happened in London.  We did hear about Jack the Ripper as well. Our guide is writing a book about who he thinks was the real Jack the Ripper.  It seems everybody has a theory!  It was a good tour.  The guide walks really fast though.

We got a taxi to Kenza.  It’s a restaurant serving Lebanese and Moroccan cuisine. 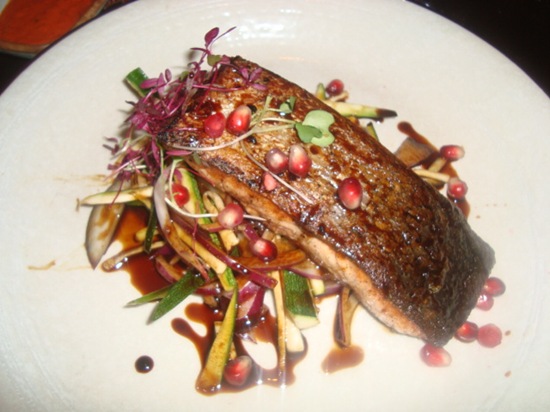 Ivan and Jen shared the hummus, a pastry with chicken, falafel with prawns, a salmon dish and a chicken kebab.  I had a good chicken and banana kebab.  The food was pretty good!