We walked to the post office to mail off a package.

We got a taxi to Tune Hotel.  We all got Subway sandwiches for lunch.  We checked in to the Tune Hotel.

Ivan and Jennifer watched the rest of Harry Potter and the Order of the Phoenix in the room.  I went for a walk trying to find other monkeys.  I didn’t have any luck.

We hopped into a taxi.  It was headed towards the I.T. mall called Low Yat.  Ivan was shopping for a new laptop.  I went to the Sungei Wang mall with Jennifer.  We shopped for awhile.

We met up with Ivan at Low Yat.  We got a taxi back to the hotel.

I stayed in the hotel.  Ivan and Jennifer wanted some alone time.  They were celebrating their 2 year anniversary.  I gave them a card and a bunch of bananas earlier in the day.

I got another Subway sandwich for dinner.

Ivan and Jennifer got a taxi to Cafe Cafe.  This is the French and Italian restaurant they went to before.  They were served tasty bread.  Ivan and Jennifer ordered the potato and leek soup to share.  It tasted okay.  They enjoyed a nice Cabernet Sauvignon from California. 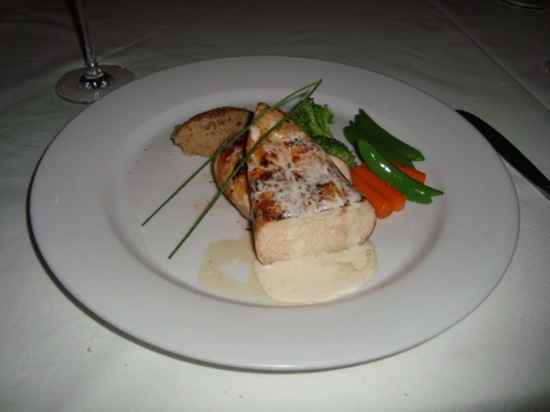 Jennifer got the chicken breast while Ivan had the salmon.  They decided to order the awesome chocolate cake with vanilla ice cream.  It takes awhile to make so they ordered it during their main course. 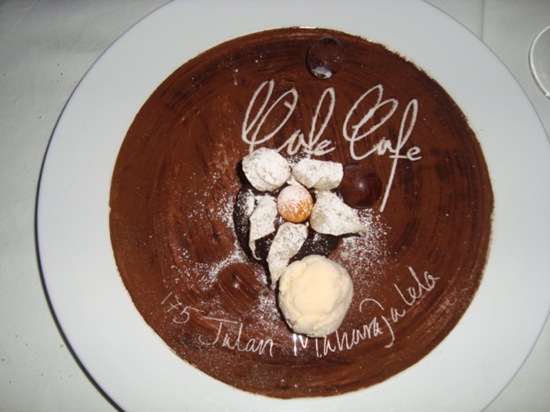 You can ask the chef to write something for you in the chocolate.

Ivan and Jen got a taxi to the Pacific Regency Hotel.  Ivan read about a cool bar called Luna. 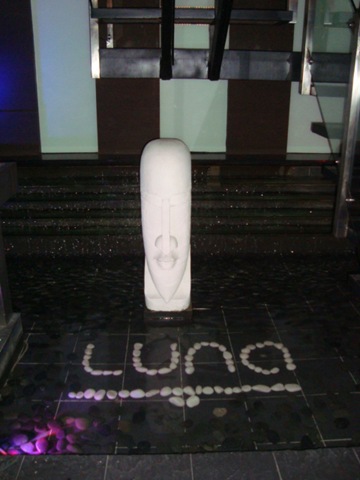 Ivan and Jennifer each ordered a drink.  Ivan got a lychee martini. 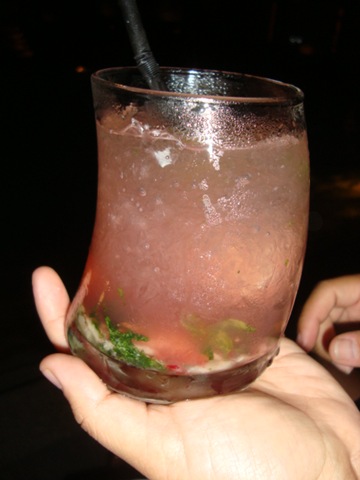 Jennifer got a strawberry mojito.  Jennifer’s drink was a lot better.  There’s a lovely view of the Petronas Towers from Luna.  There’s a pool right behind the bar and there’s no roof above the pool.  There’s also a balcony upstairs.  It’s a nice bar to just chill out in.

Ivan, Jennifer and I got ready on the morning of August 4, 2009.  We got in a taxi to head to Sunway Lagoon.  We ate our Subway sandwiches in the car during our car ride. It’s a waterpark and theme park located about 20 minutes from our hotel.

We entered the park.  It was time to ride some rides.  You can buy tickets to different places in the park like Extreme Park or the scary park.  Ivan and I rode the ATVs around the park.  Jennifer felt too hot to ride anything.  Ivan and Jennifer shot some paintballs at a shooting range.  That looked fun.  They didn’t have a monkey-sized gun so I couldn’t try it out.  Bummer!

Ivan rode on a pirate ship ride.  It went all the way around instead of just back and forth.  Ivan also jumped on and down on the trampoline.

We walked across the longest suspension bridge.  It was high up over the main pool.

The park doesn’t have that many water rides.  It was fun just hanging out in the big main pool.

They had an activity with a small Orb ball.  But, unfortunately, it was only for kids so Ivan and Jennifer couldn’t ride it.  It was placed on the water so they could walk on it like a gerbil.  I didn’t think it looked very fun.  The girl I watched kept falling down.

We went to the Sunway Pyramid mall.  Everybody wanted to check out the shops.  We went shopping for awhile.  Ivan and Jennifer really liked the Mini Toons store.  It’s filled with cute items to buy.  They bought some souvenirs and colored shoelaces there.  There’s an area called Asiatown.  It’s supposed to look like an area in Tokyo.  The shops were interesting there.

We went ice skating.  Ivan and Jen bought their tickets and skates.  They were required to buy gloves.  I’m sure it might come in handy in Australia since it’s winter there now.  They didn’t have monkey-sized skates, so I just sat on Ivan’s shoulders. 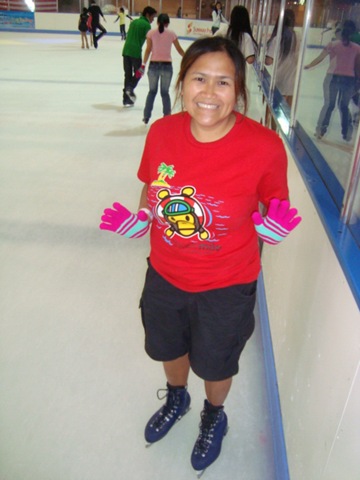 Ivan and Jennifer were trying to get used to skating.  It was fun, but a little cold there.

It was time for dinner.  We found the Shogun Japanese buffet.  It’s owned by the same group as Saisake buffet.  The restaurant had just opened for dinner so it was empty inside. 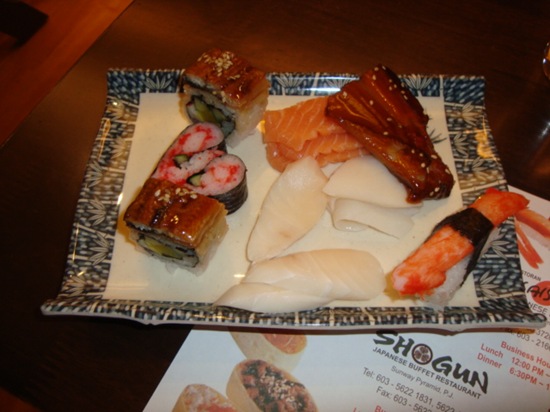 We got lots of sushi and fish.  Jennifer got one roll that was shaped look a heart.  The food tasted awesome!

We shopped around more.  Then, we headed back to the hotel by taxi.  We used the internet and then decided to get some rest.