Ivan, Jennifer and I took a taxi to the Chinatown MTR on April 29, 2009.  We had lunch at the Subway in the mall.  We were going to meet a couchsurfer named Ila who was going to take us on a walking tour.

We met Ila outside the Chinatown MTR station.  She was with a couchsurfer guy who’s from France.  I can’t recall his real name, but it sounded like Toothpick so that’s what Ivan called him.

Ila started taking us around Chinatown.  We walked to a park. 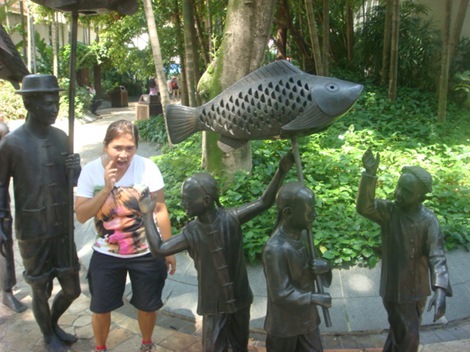 Chinatown is very colorful with lots of great buildings.

The French guy told Ila that he was going to get some lunch. 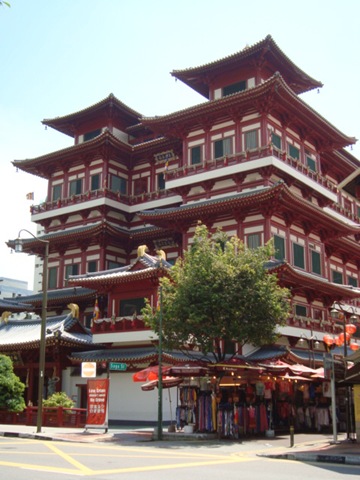 We stopped at a Buddhist temple.  It was filled with many religious things like statues and art.

We walked through it.  You can take photos inside but with no flash.

We went to the eating area where Toothpick went.  We couldn’t find him.  We waited for awhile.  Ila texted him but there was no reply.  We decided to go on without him.  Ivan thought his cell phone’s battery probably died.

Ila walks really fast.  Ivan and Jennifer weren’t walking as fast.  Jennifer’s feet were sore so she was moody.  We walked to the river. Ivan stopped in a London pub called The Penny Black.  Ivan, Jennifer and Ila had some cider.  They chatted some.  Jennifer was resting her feet. 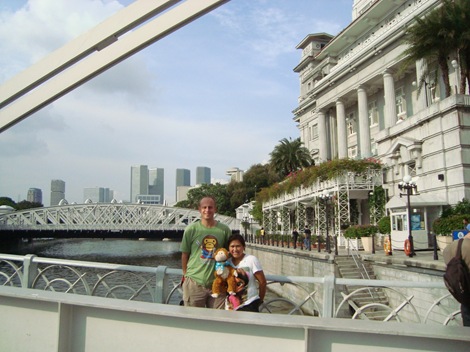 We walked across a bridge. 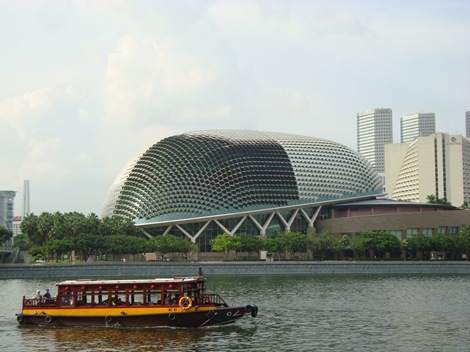 The Esplande is the theatre, the bulding is spiky.  We walked to the Merlion.  It’s the symbol of Singapore. 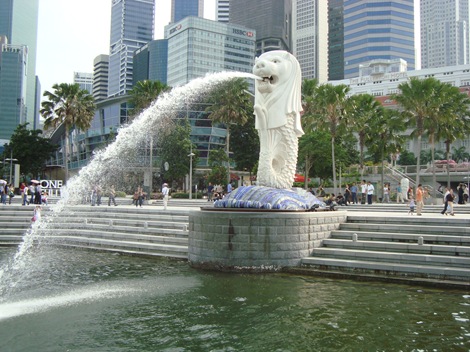 It’s a lion that shoots water out of its mouth into the river.  It certainly looks cool.

Next, we walked to the Raffles Hotel.  Ila told us that Michael Jackson and George W. Bush have stayed there before.  The Singapore Sling was created at a bar at the Raffles Hotel.  We walked up to the bar.  The drink is really expensive.  Ivan and Jennifer have never had a Singapore Sling before.  Ivan decided to get one that he could share with Jennifer.  It came out to be S$27 with all taxes. 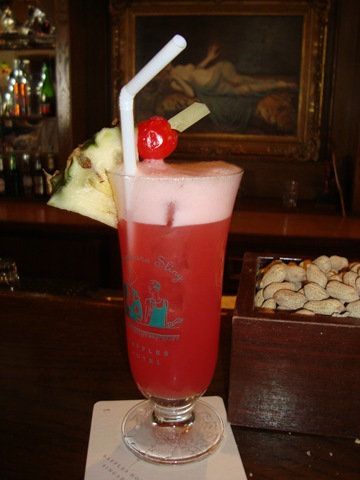 The Singapore Sling tasted really good.  They thought it tasted like a Sex on the Beach.  The bar serves peanuts.  Everybody throws the shells on the floor.

Ila got a call from her friends.  We walked to a bar where her two friends were waiting.  Everybody had a beer.  Ivan and Jen got a cider.  I had a banana juice.  I just wish I could have a nice Banana Daiquiri.  Ila’s friends were really nice.  They were going to see 17 Again with some of their friends.  One of the friends said we could meet up at the theatre.  Then, we could go to a place called Chijmes.  Chijmes is an area filled with restaurants and bars.

We walked to the Outdoors Cafe for dinner. 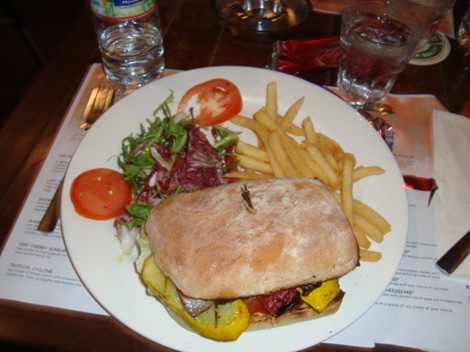 Ivan had a mushroom soup and a grilled vegetable ciabatta.  Jennifer got the mushroom carbonara without bacon.  Jennifer’s dish came with bacon.  Ivan complained about this and the manager didn’t charge for the dish.  The food was alright here.

We walked to Grand Cathay to meet up with Ila and her friends.  We waited a few minutes at a Starbucks since we were early.  We met them outside the theatre.  It turns out that Ila and the two friends we met were going home.  One girl named Milo was going out.  She’s a Filipina who lives in Singapore.  We walked to Chijmes.  The nightclub we went to is called Le Boroque.  Since it’s Wednesday, it’s Free Flow night.  You pay S$20 per person and it’s Free Flow from 9:30 pm – 11:30 pm.  It includes wine, beer and vodka.

Milo met up with a bunch of her friends.  They were all so friendly and came over to introduce themselves.  Ivan and Jennifer couldn’t hear too good since there was a live band on.  The live local band was called Shagies. The band is great.  They play all sorts of music from 60’s to current.  Ivan and Jennifer got some wine.  I got a nice banana juice.  Milo told us about a couchsurfing party that was happening tomorrow.  Ivan had actually read about it on the Singapore forum on couchsurfing. 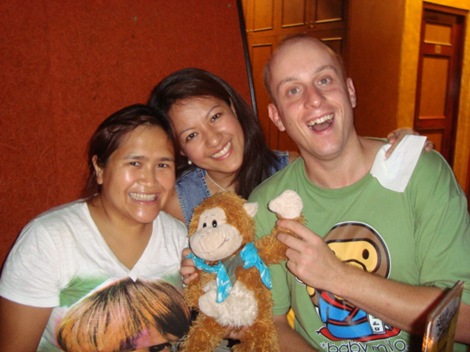 We started dancing with Milo and her friends.  It was a lot of fun.  The band Shagies were taking requests.  Ivan put in a few.  They played one of his requests Y.M.C.A. by The Village People.  Our group and a few other people were dancing. 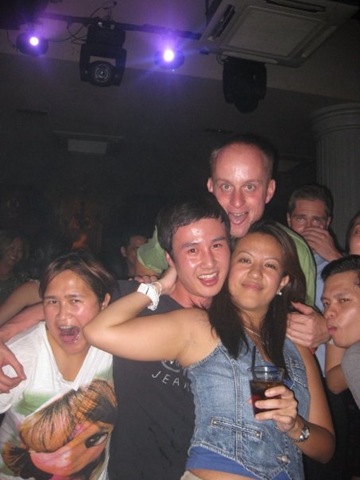 Everybody else in the club were sitting down.  I’m not sure why when the music was so good.  We danced a lot.  Ivan and Jennifer had more white wine.  The band played Ivan’s request Bohemian Rhapsody by Queen.  They performed it very well.  We danced until really late.

We took a taxi back to the hostel.  We were so tired and went to bed.